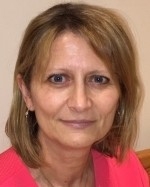 Every professional displayed on Life Coach Directory has been independently verified by our team to ensure they have suitable credentials to practise.

I help you to flourish.

I believe that people are intrinsically motivated and equipped to achieve their potential, to build fulfilling relationships and to make their mark upon the world. Sometimes it can feel as though the path to development and change is unclear, or is littered with obstacles. My coaching helps you to understand yourself better, find your path, and identify and overcome difficulties, whether internal or external.

"I have never felt so understood. Kay helped me to realise what had been going on for me and draining my confidence over many years, so that I could move forward in my life". KI, personal development client

"... Kay focused on me as an individual and supported me in finding solutions that were effective both for me and for my organisation. Kay's support, and understanding of business life, was invaluable in enabling me to succeed and restored my self-belief and confidence ...."  Richard K, Senior Manager, FTSE Company

"Kay takes the time to understand the opportunities and challenges I face as a business owner and mother, and has been skilfully guiding and coaching me through it all" Louise Morriss, Founder and Managing Director, Amazon Public Relations

"Thank you for giving me my life back".  FE, personal development client.

I work with people who recognise that they could be more successful and happy in their life or work  by investing in their self development.  I work with a wide range of issues, from leadership development and career challenges to confidence building, improving relationships and overcoming personal issues.

We will explore where you are and why, and where you want to get to. I will encourage and support you - help you to uncover new insights, develop unrecognised strengths and build your skills - to enhance your joy in life and your effectiveness at work.

Am I the Right Coach for You?

It's important that you find the right person to support you. My approach is different and highly effective, because I have extensive training and experience in three important domains - coaching, the world of work and therapy. I am trained to expert level in Coaching Psychology, Therapeutic Counselling and NLP, and have extensive real world experience of business, management and leadership, as well as twenty years in coaching, mentoring and people development.

This breadth and depth of business and psychological experience means I can work with you from three different perspectives, as needed to suit you and the issue you want to work on:

Alongside my training and experience, I have faced personal challenges and difficulties, as we all do, and have invested in my own self development through coaching, training and therapy. So I have direct experience of the desire that you feel to understand yourself better and overcome anything that is holding you back from living life to the full.

My approach is warm, supportive and non-judgmental, but I will also challenge you and hold you accountable if appropriate, so that you can achieve your goals.

I am a registered and accredited member of the British Association for Counselling and Psychotherapy (BACP) and the BACP coaching division. The BACP is the principal professional body in the UK for counselling and coaching. Accreditation recognises a high standard of knowledge and experience following a rigorous assessment process beyond normal registration and in addition to my training and qualifications.

The BACP has and Ethical Framework to protect clients, and I am committed to working within this. I am fully insured.

I undertake regular training to keep my skills up to date and relevant.  I am therefore able to work safely and effectively with a wide variety of material that may come up in our coaching work.  Examples include:

Being registered/accredited with a professional body means an individual must have achieved a substantial level of training and experience approved by their member organisation.

British Association for Counselling and Psychotherapy

Areas of coaching I deal with

Other areas of coaching I deal with

Coaching for weight loss and issues around food, weight and eating.

10% reduction for a package of six sessions paid in advance and taken within 9 months.

I offer appointments Monday-Wednesday and Thursday morning. I am currently working online by Zoom due to the Covid-19 situation.

Fear of Presentations and Meetings

M wanted to be able to deliver effective presentations and contribute confidently in significant meetings. He became very nervous before these events, and tended to stumble; he thought that people switched off when he spoke, that he had no charisma or authority, although he was very bright.

M’s style was very focused around his ‘thinking’ mind; he felt as if he was just a clever brain.  His high intelligence had enabled him to progress in his career, but he now needed to harness his emotional range, his physical presence and his personal values, in order to be able to share with others the valuable knowledge and analysis that he had to offer.

We looked at M’s values around his knowledge and its importance, to provide a solid motivation to improve in his weaker area – rather than giving in to the temptation to avoid the meetings and presentations.  We used examples from his non-work life to enable him to notice and harness the bodily sensations that accompany a confident delivery style.  We explored his emotions of fear and anxiety, and the hormonal responses involved, to convert them into the more positive feeling of nervousness which drives good performance.

M was able to use this work to successfully deliver a presentation to 50 people, and to attend meetings without fear.  He has had great feedback.  This results from using a holistic approach to counter his original narrow view of his attributes.

E was recently appointed to Board level and wanted to 'hit the ground running' in her new role. She knew she had the characteristics and experience to perform well, but wanted to have the best possible chance of a good start.

E had a good awareness of emotional intelligence. We leveraged this to explore E's understanding of her peers and her team - their personalities, drivers and concerns. With this understanding, E was able to plan how best to approach her new role, and how to form alliances that would help her succeed.

When a challenging situation arose with a colleague, we used specific techniques to understand the situation from the other person's point of view and to assess options for resolving the conflict. This involved looking also at E's communication style, which needed in some situations to be more structured and persuasive.

E made a success of her new role and, just as importantly, enjoyed it.

S had worked for a large corporation for 25 years, and felt she needed a change. She was considering starting her own business, utilising the skills and knowledge she had accumulated in her career. But she was unsure about giving up the security of employment, and about whether her business would be successful.

We explored S's hopes and plans, and also her fears; S had a well developed 'critical voice'. We put together an action plan to enable her to get her business started, and to manage the risks involved. We used this to help S keep on track with the business launch - the coaching provided her with accountability to get things done, when they might otherwise drift or be sabotaged by her critical voice.

Anxiety and 'Not Fitting In'

L was plagued by anxiety and panic attacks.  Interactions with others at work left her agonising over what they thought of her. Her boss had given her feedback that she needed to change her style, but L did not know how to go about this, and the feedback made her feel that she was a failure and could not be herself.

As we explored these worries it became clear that L's family background had left her feeling that she could never be 'good enough' and also that she was relatively introverted.  She learned to be less hard on herself and to understand and value her characteristics as an introvert. She was changed by our work - not to fit the expectations of others, but to be her real, unique self. This resolved her anxiety and negative feelings about herself, and enabled her be much happier and effective at work.

D had become pregnant more quickly than she expected, and did not feel ready for her baby. As well as being tired from the physical changes taking place in her body, she was overwhelmed by the practical issues that needed to be addressed, and was worried about how she would balance her baby's needs with her own.

D's coaching gave her the space to confidentially explore her thoughts and feelings about pregnancy and motherhood.   We were able to engage her 'thinking brain' to untangle her emotional overwhelm and to accept her physical tiredness. We also looked at the factors that would impact her baby's wellbeing and her own. This led to a clearer understanding of her priorities for herself and her baby, so that she was able to make plans for her delivery, her working life, her living arrangements and her family time.

R came to me to work on finding a new job. We spent some time exploring his motivation for change, and R came to realise that in fact he enjoyed many parts of his job, but that some parts made him anxious. This anxiety was driving his desire to move, even though his current job was giving him great experience and great prospects. We worked on his confidence and anxiety, and after a few months R received a promotion - he is now enjoying his job and looking forward to a successful career.

* Note that Client Examples and Case Studies are composites, with some details changed, to protect client confidentiality.