The power of 'no'

Conflict comes in many forms and guises and yet one of the most common and yet often overlooked forms of conflict is within ourselves.

There’s a word in the English language that creates huge conflict in people and that word is should. How often have you told yourself, I should do this, I should do more of that, I should be better, I should be nicer and the list goes on and on.

It is an insidious word to say the least. It doesn’t allow for respite or circumstances. It hangs over us like a sword, waiting for us to trip or fall. On the other hand, a much maligned word is the little two letter word, no.

When we do give ourselves permission to use it we often feel and associate it with guilt. Will people like me if I say no? I’ll be a much better person if I say yes.

Before long we are furiously trying to keep up with the yeses we’ve committed ourselves to, when the sword of should has hung over us.

Find that place of peace and generosity to ourselves, where saying no to that ‘should’ is liberating and OK. Of course, saying ‘no’ to moving off train tracks, when a train is coming is not something that is going to prolong your life.

However, if those same train tracks are the ones that you’re hurtling along without seemingly being able to control it, then saying no and feeling good about it will slow that train down and allow you to get off and look at the destination on the front of it. Then you can ask the question, is that where I really want to go?

In my work with clients, I will often get to a point where I will ask them “where are you saying yes instead of no?” and “what does it cost you?” It’s an interesting place to look. If you think they are worthwhile questions and you’d like to explore this further then please consider contacting a life coach and arrange an appointment with you.

What do you want to get from working with a coach? Take a moment to really look at your motivation for being here reading this text. My coaching tends to have a few central themes:ConfidenceFreedomChoice 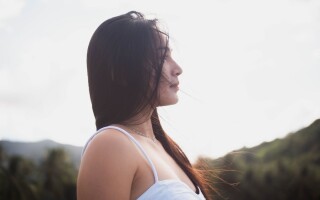