Life can feel a little tricky over the next few weeks with pressures to meet deadlines at work whilst being sociable at office parties. Along with this are pressures from family and friends to spend time with them, whichever festivities you celebrate. As pressures increase, it can turn to stress; in times of stress you may notice how behaviours change and may feel you are dealing with a host of difficult people both at work and personally!

Of course, it isn’t exactly that people are difficult, but rather their behaviours. We can seek to change their behaviours, but not guarantee it. However, the one behaviour we can change if we choose to, is our own and our own behaviour can pre-empt some difficulties arising in the first place, or help us manage or cope with others.

Here are five of many don’ts in dealing with difficult people and situations:

If you’re annoyed or angry with someone, not confronting a problem at a reasonably early stage, allowing it to build up out of all proportion and drag on and on, can leave you feel debilitated while the other person has no inkling of anything being wrong.

Conversely, reacting instantly in the moment of annoyance or another strong emotion is unlikely to open the way to dialogue. Strong reactions may earn a response in kind - the person might reply in a derogatory manner, creating a spiral of heightened emotions.

Not giving yourself time to think what you’d ideally like to gain (your ideal outcome) from your conversation with the person is unlikely to achieve a positive outcome. You may say something you’ll later regret that is hard to undo!

Using derogatory and blaming language won’t help resolve the issue.You’ve let me down; you’re hopeless; I only asked you to buy a simple gift – can’t you even get that right? I can’t trust you with anything. I should’ve done it myself. Can’t you leave me alone? How do you expect me to get this done? Don’t you think I’ve got enough on my plate? Notice the accusatory language and you statements. Not only will it discourage the person from listening further, they may become defensive so preventing an honest, open two-way conversation.

Even though you may think they are responsible for how you feel, saying Look how bad you’ve made me feel, you’ve let me down, you embarrassed me in front of my friends, you’ve worn me out with your constant demands, is handing over your personal power on a plate to the other person. It is saying to them, “You have made me feel this way and I have no power over my feelings or power to change the way I feel”.

So what can you do Instead?

Find a balance between knee-jerk reactions and waiting until it’s too late, once emotions are more in control yet you still have the adrenalin to address things. You may want to ‘sleep on it’ to relax a little, giving yourself time to think more objectively of the outcome you’d ideally like, what you can realistically expect and what would be acceptable if neither of these are forthcoming. Be proactive, not reactive.

Rather than tell a person only what you do not like (eg. “Stop pressurising me”), it is better to say what you would like and what you are able to do. (eg.” I’m not able to do this today. I will make time for it tomorrow”).

Use the assertive skill of self-disclosure, taking responsibility for your feelings e.g. “I’m feeling pressured today” which may be a prelude to refusing and offering an alternative “so I won’t be able to do that. I will, however, make time tomorrow”. This is more solution focused than “You’re putting too much pressure on me”. Also whilst someone can deny that they are putting pressure on you, they cannot deny how you feel.

Similarly, be clear if you want to say 'no' instead of avoiding or leaving it until the last minute, be polite e.g. Thanks for inviting me. I won’t be able to make Friday but it would be lovely to meet in the New Year. Let’s arrange something.

However hard it may seem at the time, try to see the good person behind the difficult behaviour – focus on their words and actions, on the facts of the situation and not on them personally. People can be difficult deliberately, but they can also be so unintentionally. They may not have the communication skills or they may have low self-esteem.

Who in your life have you ever found difficult? A boss, a friend, a colleague, a brother, a sister? Parents, children, those in authority like lawyers and consultants, those with a skill such as car mechanics and builders?

How about you? Can you ever be difficult? Be open to recognising when you are being ‘difficult’ since you have the choice and power to change your behaviour.

We all have the potential to communicate assertively… the season of good cheer is a pertinent time to put it into practice!

As individuals, our personal challenges vary greatly. Issues can affect us at home, at work and in our relationships. My coaching and training skills combine to help you build confidence and design strategies to confront life's challenges. With my friendly, professional expertise and your determination, together we can make positive changes. 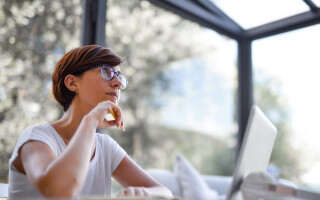