Relationship mistakes explained and made easy to change

Are you being taken for granted? Find out what might really be going on. 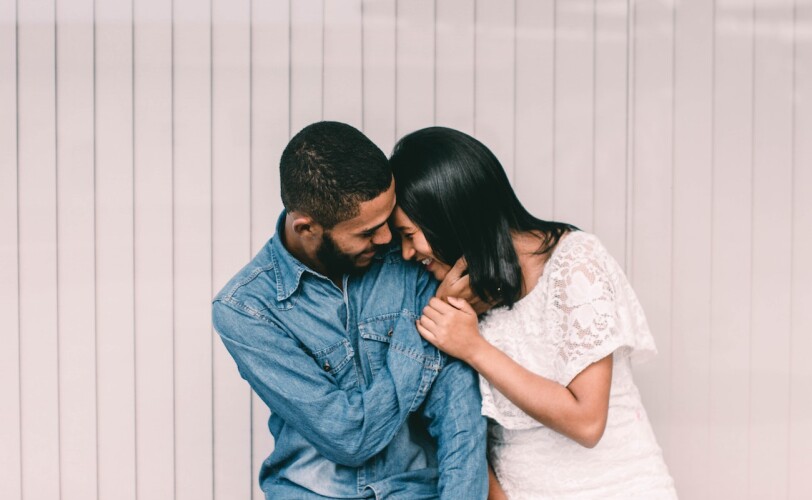 Some styles of attachment need less space than others. A typical example of this will be between two people, one of whom is anxious attached (AA), and the other is dismissive attached (DA). In this relationship where these two attachment styles get together, for the anxiously attached person, it can feel like they are being taken for granted. Here’s why.

It may be good to mention here that AA people learned in the developmental stages of early childhood from parents or caregivers to focus on them and not themselves, hypervigilance and focus on others' mood, tone of voice, response, facial expression, was vital for them to almost second guess how to please to keep safe and essentially attached. They will want to be one jump ahead of potential imagined abandonment, as their early experience of connection was inconsistent.

So, the AA person will look on the outside of themselves to see what should happen on the inside. That is the heart of the problem with this style. So caretaking, people-pleasing, and second-guessing will be their primary response in their relationships most especially their romantic ones, but also in their friendships too.

For DAs, it might seem that, after the honeymoon stage, more effort and focus is put on their friendships rather than their romantic relationships. This can kick off the AA's fear of abandonment, however.

This is actually simply because friendships or relationships without too much intensity are easier for them! Remember that the 'closeness' which is an ongoing dynamic within a new romantic relationship can seem engulfing, which is the opposite for the AA who is longing for reassured closeness.

Another focus for the DA, which can be felt as rejection by the AA, can be putting their focus on their pets, children (if there are any), or a hobby that might get far more attention than their partner. Seems strange as you can easily feel kind of foolish here if or when this is the case, playing second fiddle to what outwardly seems like a natural place for them to have their focus. Only it feels something or someone to be in competition with by the AA.

The DA’s needs for safety and security can be provided in their long term friendships or hobbies as here there is less danger of conflict. Friendships also provide a safer trajectory.

They take longer to recover from conflict or what they perceive as what might become a conflict, what are their beliefs and core wounding are unlikely to be divulged much. Here are the wounds, expectations and challenges.

So if this is you, wondering, scratching your head and trying to work out, read on. Hopefully, this article will really help you!

Learning about the ways different attachment styles relate and why can be a complete game-changer in the misunderstanding stakes!

It is good to remember that all of us need love. Yet, often, our need for love is in competition with our fears.

The DA (dismissive avoidant) maybe good within the infatuation stage but take that onto intimacy, true sharing, and belonging. They begin to become wary and triggered. This is because, in the early honeymoon stage, the DA is being flooded with all the feel-good chemicals like oxytocin which aid fearlessness pretty much in the same way as alcohol. With their lowered inhibitions, it is possible during this stage to reveal their more vulnerable side and self. And then, when the neurochemistry calms and lowers, all the fears show up as the “liquid” courage equivalent wears off.

So the needs are in competition with fears. Here is it so important that communication takes place either for the person in the relationship with a DA person or the DA themselves because otherwise real tangible intimacy doesn’t take place. And so repeated opposing action needs to replace old patterns of withdrawing and emotional reticence.

The DA needs lots of space for their relationship ‘oxygen’s whereas the AA panics when too much space is either required or given. This can feel hugely disappointing and also bewildering as the partner with whom you were loved up with in the honeymoon stage seems to be running for the hills or appears to be taking you for granted rather than being really present. The change seems like a threat.

This can cause all kinds of misconceived inner ‘story’ telling for the overthinking anxious person, whereas the dismissive person will be so subliminally pre-occupied with creating sufficient space for themselves there will be no time to miss the other person or appreciate them. So, dilemma.

Here it is so useful to remember that although each attachment style seems to behave totally differently, strangely, the core wound is the same. They both received a lack of focus in their early development, just one copes through distancing and the other through doing everything they can to ensure connection and closeness.

But, kind of like when you are hungry, one person gets a spicy takeaway and the other a home-cooked pie. Both satisfy the hunger with a different combination of ingredients.

Here, for both the DA and the AA, there is a compromised perception of threat. This is post-traumatic symptomatology; secure attachment being the ‘gold standard’.

Further understanding about the DA is that they experience loneliness through fear - disconnection both with self and others, they will have for sure endured intense periods of loneliness in childhood through literal absence of parent/s or primary caregiver, or through being given the silent treatment as a punishment because their care was only offered conditionally.

So they have as well as their need to and for connection, paradoxically also a learned need for space, aloneness and distance which was a learned response in order to deal with their disappointment due to early lack of belonging and sufficient focus experiences. This has a push-me pull-me effect and can be very disconcerting at the receiving end of things

DAs fear vulnerability in connection, pretty much a common problem in all attachment styles - apart from SA (secure attachment), however.

They move away until they learn that vulnerability is OK and safe. They don’t however know much about their desires or what their emotional needs are or true empowerment. Emotional interaction needs are mostly repressed.

These need to be re-addressed or they will remain within the DA state. Invisible barriers of and to connection, as well as addressing shame states e.g. "I can only go into a relationship showing these parts of me", which will often be the barrier to revealing self to self and also to others results are unfulfillment mainly because they rarely show enough real authentic self. So, what they need (as it is not revealed) is never really landing or hitting the spot as the deeper self is not navigated either internally or externally.

The road to change is through connection. Here there is a genuine opportunity for change. Not to regulate as their survival tactic but to experience the value and glow of intimacy and true connection.

I am running a weekend workshop on relationships and all their aspects I have one running on the 8th and the 9th of April. Taking bookings now.

Written by Gail Berry Emotional Coach - both a therapist and an alternative medical practitioner who works with healing people’s core wounds and uses Bach Flower Remedies alongside talking and behavioural therapy to make real change and transformation possible.