Today I celebrate being married to the best person I know, Jessica, for 32 years. As well as being extremely grateful, I want to take some time to reflect on this single most important relationship in my life and some key lessons I’ve learned along the way. 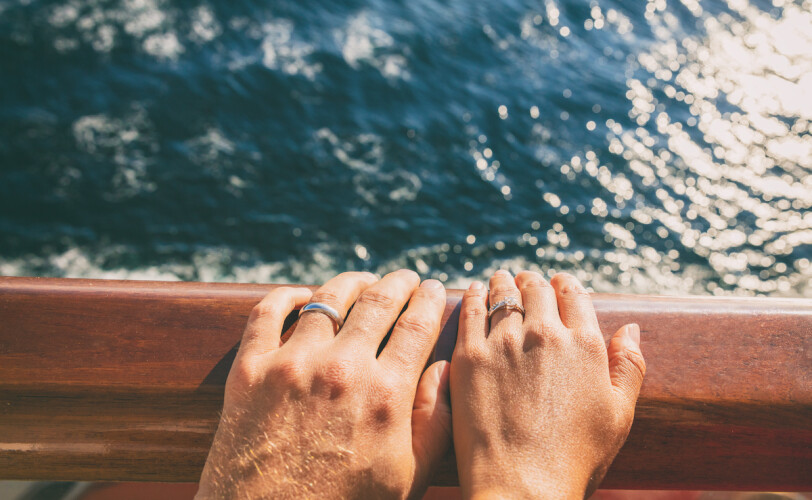 I moved to London to go to university in October 1983 and, two weeks later, I met Jess. We met at a meeting of an organisation called University Christian Outreach, a student branch of an ecumenical Christian covenant community, part of a global organisation called The Sword of the Spirit. This organisation, by all academic criteria, is a cult. I had no idea at the time but ended up being a member for 15 years.

A year later, at one of the meetings, I had an experience. At the time, I interpreted this as a God moment/prophetic insight/revelation and truly believed that one day I’d marry Jess. I now have a very different interpretation of what I experienced back then but it was still a profound experience.

Over the next four years, I developed a great relationship with Jess - purely platonic - and, for most of that time, we both had “interests” in other people. In the community, there was a strict no dating policy. All young single people were advised to first consider if they were called to be “single for the Lord” or married. We both considered this and “discerned” we were called to marriage.

In the community, before starting to date, we were encouraged to think about who would be a suitable partner. We were actually told to make a list! Because of my previous 'God moment' and a somewhat maverick spirit (being a vicar’s son, I’d learned to be an expert at leading a double life and behaving/performing appropriately, depending on the audience), I refused to make a list and told my pastoral leader that I was going to date Jess - because I knew I was going to marry her. Somewhat arrogant but true.

Jess’ experience was different. She’d been in the community from the age of 14, during which she experienced coercion and control tactics, spiritual abuse and brainwashing (key characteristics of cult behaviours). It is fair to say that from Jessica’s perspective, aspects of her marriage were arranged. Thankfully, by our first date, we were both hopelessly in love and our marriage was a done deal.

When we got married, truthfully, we barely knew each other and were woefully underprepared for marriage. We were very different: Jess was Catholic, me Anglican; Jess into the arts, me sciences; Jess non-sporty, me really sporty; Jess ENFJ, me ISTP (Myers Briggs); and so on. We saw ourselves as totally complementary, a perfect partnership.

32 years on and where are we? We left the community in 1999. I am not a Christian and anti organised religion, albeit open to spirituality. Jess has faith, though does not attend church. We are still processing some of the issues being members of the community caused.

Our journey has been a real mix of highs and lows, times of closeness and times of distance, arguments and makeups, tears and laughter, counselling and celebrations.

Right now our relationship is stronger than ever. This has come only with a tremendous amount of work from both of us, and the work continues. Communication is key - we talk about everything.

As a straight, cisgender, white married man I am fully aware of and grateful for my privilege. I can also truthfully say that I have learned more from my wife than anyone else. Jess has the best emotional intelligence and intuition of anyone I know. Thankfully this has rubbed off on me and slowly but surely I have chosen to embrace my emotions and see the value of them, both the nice and nasty ones!

Like most men, I know I resisted getting help for too long! I thought I didn’t need it, definitely didn’t want it and kept telling myself I could figure it out and do better. Wrong! 10 years ago, Jess and I went to marriage counselling, and guess what, it really helped. Shocker!

This year, I chose to go to counselling to have a safe place to offload what’s on my mind. Basically, I pay a professional to listen to me. And it’s great. I know some men will have someone with whom they can do this - a father, brother, uncle, friend - but I don’t. I believe this is normal for the majority of most men in today’s society. Thankfully, my kids do have me and, of course, Jess to talk to because I have really worked hard on me! Yes, I have worked hard on being a better man, husband, father, son, brother and friend.

Here’s the thing: Getting help and working on yourself as a man is not weakness. It is absolutely a strength of character to exercise critical thinking about ourselves, figure out where we can do better, work at doing better and get help.

Think about any elite sportsperson these days, they all have a team of experts around them to get the best help to be the best. To be the best version of yourself, you need to work and get help.

20 years ago, I was better looking, leaner, fitter, faster, and pretty cocky. Today I know I am a better man, husband, dad and friend. It’s involved work and help. There is more work to do and more help needed, but it only gets better.

Men - do you have the strength to do the work and get the help you need? If any of this resonates please reach out to me for a chat.

Peter is a Certified Integrative Coach. He has many years experience of coaching, mentoring, managing, supervising and training in healthcare & sales. Peter is passionate about personal development. Peter is an optometrist and still does eye clinics each week alongside his coaching work. Peter is also an inventor and UK patent holder.