A transformation from a chrysalis to a butterfly

Have you ever had issues around weight and not truly identified the real cause? NLP, life coaching and Nutrition work well together to produce results. 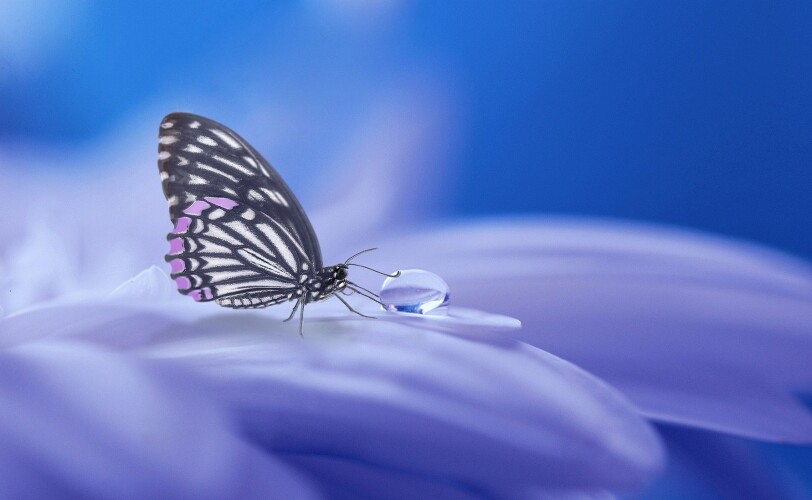 Mrs. B contacted a life coach seeking help with her eating disorder. She was seriously overweight by ‘self-harming’ using food.

The definition of self-harm is when you inflict some form of harm or injury upon your body as a way of coping with stress, strong feelings or situations. These often develop in childhood as a defense mechanism to significant life events. It is commonly associated with drugs, alcohol, cutting or burning oneself (self-injury), anorexia and eating disorders.

Mrs B had struggled with weight problems throughout her life, attempting many diets with little success and suffering from health issues. Her GP prescribed Orlistat a drug designed to treat obesity, these had unpleasant side effects and once off of the drug, without support, she would regain the weight and more. When Mrs B’s gastric band surgery operation was canceled she became desperate and contacted a coach.

Mrs B's health was evaluated along with her diet and lifestyle. The next step identified what was stopping her from changing the now (present), what she wanted for the future (outcome or goal) and what she needed to change (her journey) to achieve her outcome. Using an NLP coaching technique, Mrs B was able to clarify and focus on what she wanted to achieve. She designed a visual image of a ladder to represent the steps that she needed to take and also placed the desired image of herself on her fridge to remind herself of her goal daily. Emotional triggers were also identified which she was not consciously aware of.

Using small steps, Mrs B was able to implement gradual changes without being overwhelmed. Initially through her diet by eating regularly, adopting smaller portions and deciding on healthier options. She wouldn’t entertain exercising in public due to her size but soon established a routine at home by watching an exercise video.

The next step - identifying the emotional triggers associated with comfort eating

Mrs B lacked confidence and self-esteem due to her weight, this appeared to limit her in many ways and isolate her. She felt anxious and self-conscious when engaging with parents at school. This restricted friendships and she isolated herself at home with minimal social interaction except with her husband and children. By using NLP coaching she started to uncover her distorted thinking and limiting beliefs such as “I’m not good enough”. These thoughts resulted in comfort eating as a coping mechanism when she felt stressed, anxious or unhappy. A process called Time Line Therapy was able to change Mrs B’s distorted beliefs and release a lot of her negative emotions associated with her childhood that had contributed to her eating disorder.

Mrs B shed her protected casing and emerged into a butterfly, increasing her confidence and self-esteem, reducing her anxiety and losing over 5 stone in weight. She has changed her beliefs, made new friends, joined the parent-teacher association (PTA) at school and regularly attends the gym.

Alma has been on her own journey of change since experiencing her personal 'breakthrough' using NLP, she now has a different set of beliefs that empower her to achieve the life she wants. Read her journey on her Life Coach Directory profile. She combines her NLP skills with nutrition to help others improve their thinking and health.