10 things worth thinking about

As a life coach, people sometimes ask me whether I have any tips to share with them. I used to hesitate to answer this question because in my opinion, the most effective life coaching approaches don’t involve giving tips or advice – rather, they allow people to unlock their own potential and discover their own answers. 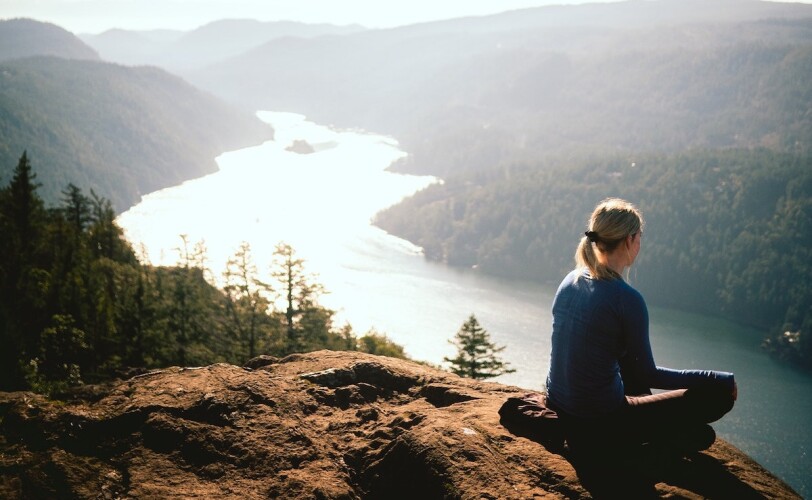 Ontological coaching in particular - which is what I practice - is about helping people to observe themselves in ways that allow them to be more resourceful. All that said, I think there are things I’ve learnt as a coach that are worth sharing. They’re not tips as such, but more the ideas that I believe offer a different or helpful perspective. There happens to be 10 of them, which was never planned, but it makes for a nice round number. Here they are.

1. Nobody can make us do or feel anything

And that works the other way around too – wouldn’t it be great if we could make people do what we wanted them to? Sadly, as most of us know from experience, we can’t. Happily, on the other end of the scale, how we choose to respond to things is up to us. It might not feel like it, especially if we’re unaware of ourselves. We even say things like, “You make me angry,” or “You hurt my feelings,” when what would be more accurate is, “I was triggered by your behaviour and my response is anger,” or “I interpreted what you did as hurtful and have been feeling upset as a result.”

This idea was captured very neatly by Eleanor Roosevelt, who said, “No one can make you feel inferior without your consent.” In a nutshell, we are constantly interpreting the world and our experiences according to our own frameworks – past experiences, values, culture etc. Where someone finds a joke funny, another person might find it offensive, and someone else might find it silly. We make sense of the world according to how we’ve learned to be. The beauty of understanding this, is that if our response to something isn’t serving us, with awareness, we can learn to understand how it is that we’re reacting the way we are, and learn to develop a new and helpful way of responding. 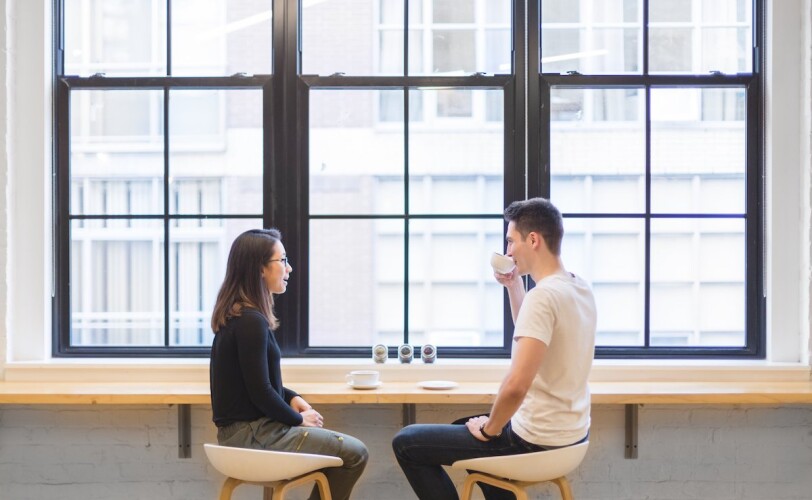 2. We’re not always as right as we think we are

Have you ever noticed how most of us believe, most of the time, that we are right about most things? Even when we’re not. Again, this is human nature. The problem is that we don’t see that this is what we’re doing. We get trapped by our feelings of certainty.

Certainty is, as it happens, an emotion, which explains why reasoning is more likely to be bypassed when we feel utterly sure that we’re right about something. By watching out for this heightened emotional state of ‘being certain’ and remembering that it’s not linked to ‘being right’, we can learn to avoid becoming trapped by certainty. Instead, with awareness, we can pause and respond differently. In moments like this, it can help to ask yourself, “What do I believe? And how might I be wrong?” If nothing else, it’ll buy you a little space and perspective.

3. We can’t change what we’re not aware of

Change starts with being able to describe what’s going on for us, whether it’s an external issue or a more personal behaviour. Unless we can get very clear on what’s going on, what’s not working, or what’s missing for us, we can’t begin to change it.

If we can’t see something, it has us, but once we can see it and describe it, we can engage with it differently. We move from being subject to it to being able to be objective about it. The very nature of the issue or problem changes as we can describe it. So awareness is always the very first step in making any sort of constructive change to our life.

4. Listening to learn is a pretty wise practice

Listen to learn rather than win or fix, is a no-brainer even though it’s often hard to do. All too often we are already thinking of solutions or ways to prove that our way is the right way to do something, rather than really paying attention to what someone is saying. When we listen to prove our point, or are busy jumping to solutions in our mind (listening to fix), we eliminate the chance of gaining new data because we’re not really listening.

In effect, by listening to win or to fix rather than listening the learn, we’re not gaining anything new – we haven’t opened ourselves up to new possibilities. Listening to learn doesn’t prevent us from going on to “win” or “fix” something either, but it does mean we can do it from a broader, more informed perspective. 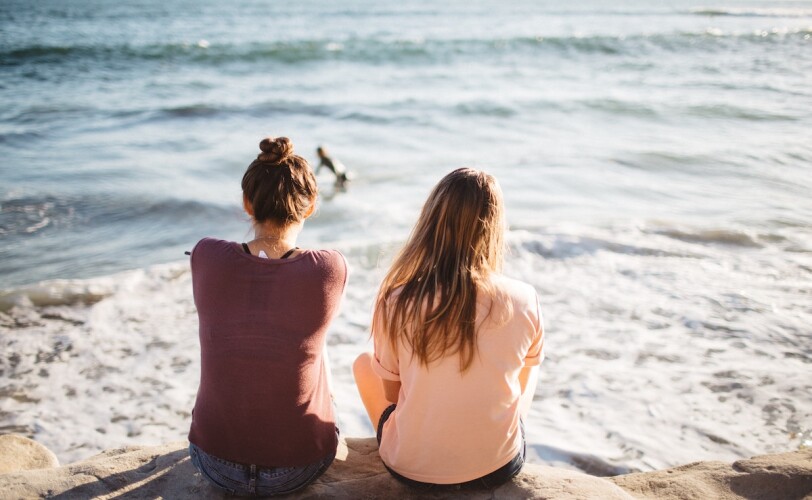 5. Embrace learning and you’ll navigate the unknown in the best possible way

People can often confuse not knowing something (or not knowing how to do something) with not being ‘good enough’. We can connect ‘not knowing’ with indicating some inadequacy, even a fundamental flaw, about us as a person. In reality, the two are not linked. More importantly, when we make this mistake, we shut down the chance to step into a learning space.

Being a learner simply means that you do not know about something or how to do something in a particular area of your life at a particular time. Interestingly, the first step in learning anything is being able to declare that you don’t know. And here’s a thought - a true master is someone who’s proficient at something but never stops learning and advancing in their field.

Stephen Covey said it beautifully when he expanded on something written in the Talmud with this quote:

“We see the world not as it is, but as we are – or, as we are conditioned to see it. When we open our mouths to describe what we see, we in effect describe ourselves, our perception, our paradigms.”

Following on from this, what people think of us says more about them than it does about us. It’s easy to forget that when someone shares an opinion of us (or of a situation), it doesn’t make it true. We can give our power away to others by unconsciously confusing their opinions with the truth. That’s not to say that we couldn’t learn from someone else’s opinion, especially if it’s someone we admire and respect.

Language is much more than just a descriptive tool. The role of interpretation is crucial in the way we understand the world around us. Our language heavily influences how we see things because we use language to describe (internally and externally) what we see. For this reason our language plays an enormous role in constructing what we observe, in other words, our individual realities.

Imagine for example, facing a challenging issue at work – the way we describe it might accurately capture our experience, but the words we use will also define how we engage with it going forward. Consider, “It’s an uphill battle trying to figure this out,” versus “We’ve got so many great perspectives to draw from, where to begin?” The very words we use change the nature of the issue.

It was Lao Tzu who said: 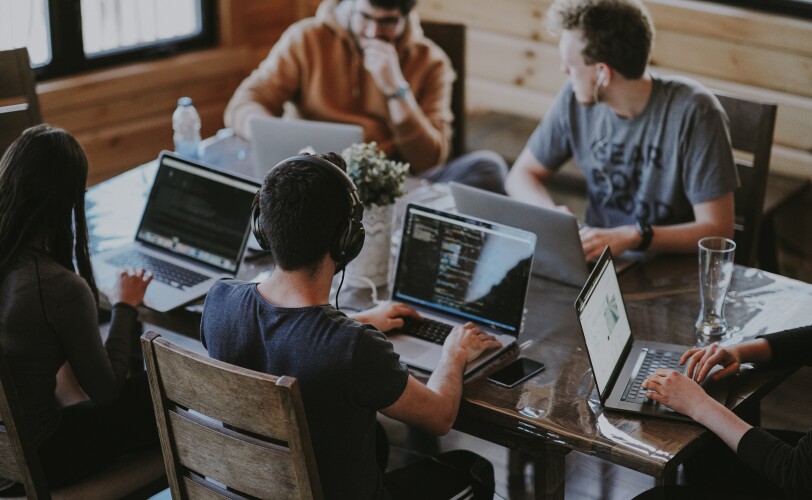 8. Be the change you want to see

Clients often experience significant 'aha' moments where they see new possibilities, and then they sigh and lament the fact that even if they change, others won’t. “What’s the point?” they ask, “it doesn’t matter what I do because my boss won’t change.” Or “the toxic culture at the college is so entrenched, my being different won’t make any real difference”.

Well maybe think about this: any system (for example, a business or a family) is the sum of its parts. One way to start changing that system is to do start doing what you’d like to see the system doing, in other words, role modelling. For example, if you work in a company where everyone is terrified of looking stupid and asking questions, maybe commit to asking about things you’re unclear about in meetings going forward. This takes courage, but it may inspire others to start speaking up too.

A client of mine committed to doing exactly this in a company that was obsessed with acronyms, many of which she didn’t understand. When she started asking what they meant, she realised that many other people didn’t know either and they expressed gratitude for her asking. In this way, she gradually started shifting a culture where people were too afraid to ask something for fear of looking stupid to one where people could more easily say, “Hey, what does this mean?” and even laugh at the fact that none of them knew, without shame.

9. Conflict is actually an opportunity to deepen relationships

Humans are naturally wired to want to belong to groups and agree with each other – it’s part of our survivor instinct. This instinct can be so strong that some people actually find disagreement or conflict physically painful. As a result, we can find ourselves compromising in order to keep the peace.

This happens at the cost of gaining new perspectives and expanding our possibilities. We effectively keep everyone happy, but by doing so we lose newness and creativity. Equally unhelpful is that when we can’t agree we tend to polarise which means we are unable to see anything good in what we don’t agree with. Yet it’s often in the grey zone (as opposed to the black and white) that new ideas and solutions are born. If we can get into the grey zone in a good way, with curiosity about other perspectives, we also have the chance to deepen our understanding of our differences.

So how do we overcome our instinctual urge to stay connected to the group and keep everyone happy? Firstly, try to notice when you start feeling a resistance to the discomfort of disagreement. If you can catch it in time, breathe into the feeling, and ask yourself, how can this difference of opinion help to deepen this relationship? This will help you adopt a curious rather than combative mindset, which in turn helps to create the conditions for a more constructive conversation in which you can learn and grow from differences.

10. Remember the paradox of insignificance

We are all guilty of getting caught up in the dramas of our lives. It’s absolutely natural – we are, after all, hugely important in our own life stories. Yet, it can be helpful, especially in times of stress, to pause, look around, scan the horizon, consider this tiny moment in time, and remember that we’re also hugely insignificant.

Giving ourselves this perspective can help to take us out of ourselves and soothe our nervous system, thereby enabling us to engage in the matter at hand more resourcefully than if we were totally immersed in it. This is what’s known as the “paradox of significance” – the paradox that highlights how our lives and what’s happening in them are at the same time both hugely significant, and vastly insignificant.