The 'one in, one out' method for goals

By Toni Horton, The Midlife No Crisis Coach

We all love a goal or resolution at that moment of setting it. At first, we are full of hope and excitement, shortly followed by overwhelm and then guilt when we struggle to meet our self-imposed deadlines. 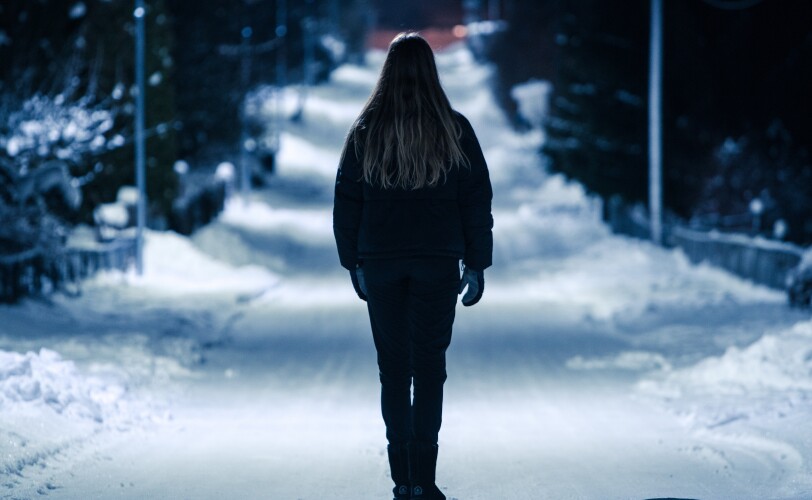 To say that modern life is busy would be a huge understatement. Many of us are trying to keep up with an unhealthy amount of 'doing' while staying healthy, energised, positive, and winning at everything.

It’s a bit much, wouldn’t you agree?

A coach’s job isn’t to tell you what to do or what not to do, and I’m certainly not here to try and tell you what the correct number of goals or resolutions to have on your list would be. This sort of thing is hugely individual.

But what I would like to do is give you an idea to play with as we go about setting our goals for the future, and my idea is this - what if you applied the 'one in, one out' approach to how much you take on?

You know the rule. If the nightclub is full then the next person from the queue goes in as one person leaves the club. One in, one out maintains a safe and manageable capacity.

You may have heard that this rule also applies to our working memory. Neuroscientific research has shown that the small portion of our pre-frontal cortex that is allocated for the things we hold (or juggle) in our working memory has a capacity. It’s capped at around seven items, which varies a little depending on the complexity of those items, emotional state, and general mental well-being.

So it’s in our nature to have a limit - let’s remember that and honour it. We often feel guilty when we can’t do it all, especially when that 'all' involves doing a lot for others.

Many of us have been raised with the idea that self-care is selfish and that we should put others first. I sometimes wonder how this idea started, and think about how it may have been intended to teach kindness, but has just snowballed a bit too far.

Coaches sometimes meet clients who feel guilty about spending an hour of their day working with them, since it is just for them, and they feel this is selfish of them. Of course, this is not true, and the rational part of their mind understands this, but this feeling of guilt runs deep in us and has done since we were small children.

The trouble is that if we continue to let this guilt drive our choices over how we spend our time and which goals we pursue, over time, we end up feeling resentful, and this can be bad for our relationships.

So I’d like to give you three simple steps for using the 'one in, one out' approach to choosing your resolutions and goals wisely this year.

Step one - Decide what you care about

There are so many arbitrary goals set throughout the year, especially at New Year. I often hear people say they want to lose a stone or learn a language, just because they think it will make them 'better people' according to society’s rulebook, or because they feel that they 'should'.

Instead, how about picking one thing that you are excited and inspired by and putting your focus there?

Step two - Identify the 'one out'

Now you’ve got your one in, what’s your one out going to be?

Remembering what we said above, taking on a new goal isn’t about stuffing more into your already packed schedule. I’d love for you to take this opportunity to let go of something that is no longer serving you (as long as it’s not key stuff like bookkeeping or paying the bills).

If there isn’t anything that you want to let go of then don’t worry - I’m not suggesting that you must find something. I just want to give you the nudge to think critically about what you might have been keeping up with that you quietly wanted to let go of. If you were looking for an excuse or permission to do so, then here it is!

Let’s say that you have picked a new goal that you're passionate about, and you have let go of an old activity that was taking time away from you without bringing you any joy. What might come next?

We will likely feel guilty for the 'one out', and that’s completely okay. If you’ve said no to something that somebody else wanted you to do, then feeling guilt shows that you care, so it’s not all bad!

I’d also love for you to be able to acknowledge that feeling of guilt, forgive yourself for prioritising your new goal, and finally let the guilt go.

Remembering that constantly giving way to the wishes of others instead of your agenda will end in resentment, I hope that you can work on letting the guilt go, a little bit at a time. Self-care isn’t selfish, and living your own life is the best way to stay happy, healthy, and purposeful.

If you struggle with guilt, then this can be a slow process of letting go. There is no rush to change overnight, and the most sustainable changes are the gradual ones.

I'm Toni and I work with women in midlife supporting them to make decisions on how they want to live their life going forward. It's a time of big changes both mentally and physically for women and I want to show that it can be a time of confidence, happiness and excitement, once you get clarity on w...