Brit’s have the worst quality of life in Europe 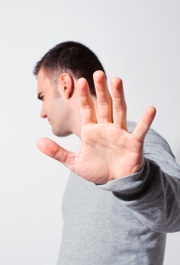 A survey of ten European developed countries has ranked the UK as the worst place to live in Europe whilst France reigns supreme on the top spot.

According to the uSwitch quality of life index, the UK has the second lowest hours of sunshine per year, the forth highest retirement age, the third lowest spend on health, 5.5 fewer days holiday per year than the European average.

To add insult to injury, the UK also have the highest diesel prices in Europe, alcohol, unleaded petrol and cigarettes costing more than the European average and a below average government spend on education.

With all things considered it is no surprise that around 12% of Brits say that they would seriously consider emigrating to another country in which they could work less and live more.

The survey revealed that 59% of people are worried about living in a ‘broken society’, 49% are concerned about the cost of living, 47% are worried about crime and violence, and only a minuscule 5% of those surveyed said they were actually happy living in Britain.

16 factors were taken into consideration when determining the position of each country, including VAT, the cost of essential goods, net income, hours of sunshine, working hours, holiday entitlement and life expectancy. Despite the UK average income being among the highest in Europe, the fact that Britain scored so terribly in the majority of other areas meant it was pushed to the very bottom of the list, one place worse than last year.

Ann Robinson, a spokeswomen from uSwitch commented that even though we may have the fourth highest household income in Europe, the high cost of living means we are living to work not working to live.