Who am I? That’s a big question isn’t it? It’s a question I struggled with a lot throughout my time in therapy. As I emerged from the dark of reliving my trauma I found a whole new level of confusion. I had a clearer picture of how my childhood had affected me, how it was still affecting me, but as I learned to let go of some of those no longer useful practices, another question filled my head – so without all that, “Who am I?”. 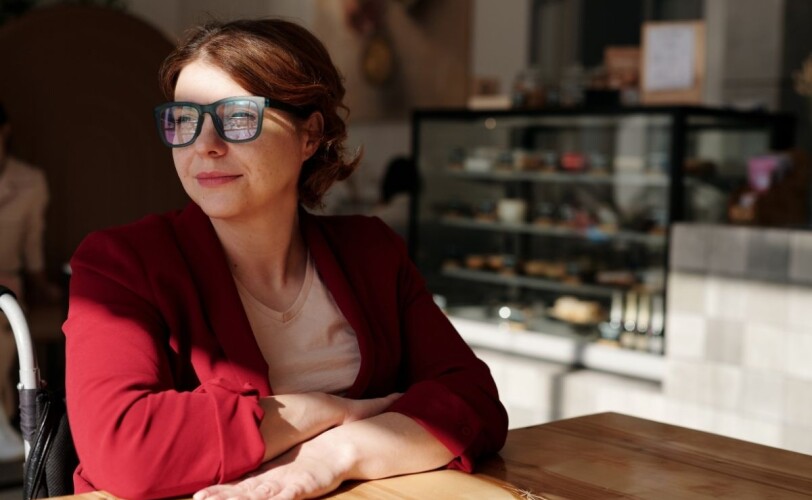 I had spent so long (49 years in fact) in survival mode that without that driving survival need, I was lost. It really bothered me that I didn’t know the answer. At times it bothered me more than reliving the trauma because, although the trauma was still affecting my behaviour, it was in the past and I was no longer experiencing new trauma on a regular basis. I was, however, living with me every day and I had no idea who that was.

The realisation that I had no idea who I was started in 2018, a year after I started therapy, and around the same time I discovered the work of Brené Brown. I was introduced to a blog of hers talking about her midlife unravelling and what she wrote resonated so strongly with me. Like her, I scoffed at the idea of a midlife crisis and that was not going to happen to me. Mind you, most of my life until then had felt like a crisis so more crises in midlife would have been nothing new. I can do crises, midlife or not.

I saw my friends and colleagues struggle with things they were going through and I couldn’t help but wonder what a charmed life they must have led so far to be struggling now. I am not saying that the things they were struggling with weren’t worthy of struggle, not at all, but I found it hard to understand how they didn’t know how to cope better.

What I eventually came to realise was that they were able to show their vulnerability in their struggle, to cry, to mope, to accept a hug and a kind word from a friend. I, on the other hand, learned at a very young age to roll my feelings into a very tight ball inside my body, push them down as deep as I could and to pretend they weren’t there. As a sensitive child this wasn’t easy but it was the safest thing to do.

To complete the pretence I put on a mask that later turned into a full suit of armour, so that I never showed how much I was hurting. So I coped by hiding behind my mask, smiling and carrying on. I avoided, pretended and discounted my experiences and in turn did the same to myself. That was until I started therapy and then discovered Brené Brown who introduced me to the idea that vulnerability is to be embraced not avoided. It blew my mind to read that it could be very different, that I could be different. It was exactly the right time for me as I needed to know that different was possible.

So began my unravelling. Seeing the person I had become and not liking what I saw was really painful. More painful after years spent trying to be what I thought I should be or what I was expected to be. To have tried so hard and still find myself lacking was a tough realisation. There were some very dark days. I kept going with the therapy and the work of the unravelling and slowly things began to improve. Cracks appeared in the armour and the light started to creep in. My heart felt the warmth and soaked it up with relief. 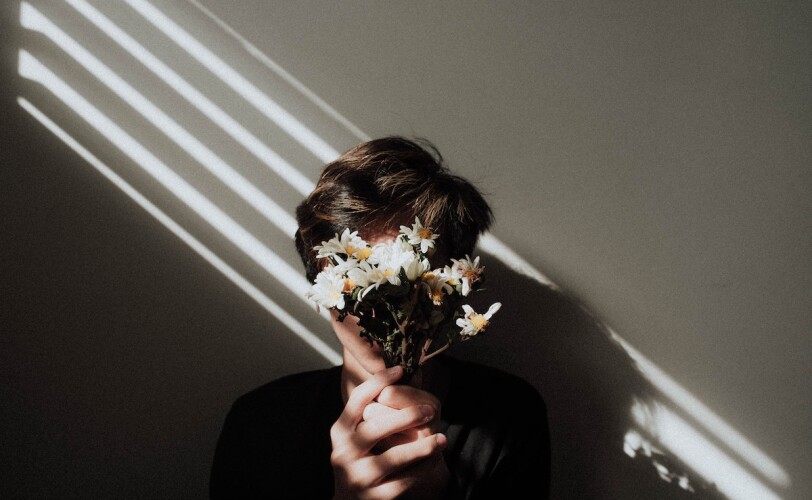 Who am I? That question plagued me for months. I became obsessed with the idea that I was 49 and had no idea who I was. It fed fuel to the fire of unacceptability that burned hot inside. At the same time, though, I realised that I had a clean slate and could decide who I am from now on. Slowly I could see it as a gift and started applying myself to the quest. The start of my journey came in four stops.

If I am somebody, then I must look after whoever that is. Self-care meant nothing to me and I had no hobbies or things I did just because I enjoyed them. I learned about things that I like to do just for me.

I also learned that after a lifetime of living in flight/fight or freeze response my nervous system had been on high alert for too long and was, frankly, frazzled. I gathered a list of things I could do to soothe my jangled nerves and bring my system out of flight/fight/freeze and into rest and digest state. On my initial list were walks in nature, journaling, candles, sitting outside in the dark, TV in bed and long, lazy baths. I also reduced my caffeine intake drastically and stopped drinking alcohol totally for a few months. As a result my nervous system eased and I felt a lot calmer.

I joined a free writing course and one of the exercises was to look at our values. You can find similar exercises online that involve looking at lists of values, deciding which ones are important to you, grouping them together and then looking for themes. Eventually you end up with a list of three to five core values.

I was really interested to find that my values were mainly about helping people.

Turning to purpose, I feel my purpose is to use my story to show the way for others to look for and find a life that makes their heart and soul sing. My values and purpose inform all of my work now.

It is my belief that we all need a creative outlet. It might be our work, a hobby or different creative projects that we have a go at. Without creativity there is a whole side to us that is being ignored.

I enjoyed designing our new kitchen years ago and the fitting out of our loft conversion in 2019. I love colour and shape and texture. To my surprise I found that I really love to write. When I am in flow and my fingers are flying over the keys, the words just pour out of my mouth (I usually talk aloud as I type) and hours pass by. I am deep in the process. I try not to listen to the voice of doubt in my head that tells me my writing is not good enough: I love to write and I do it for that reason. Yes I hope that others will read it but if they don’t that’s fine. Putting the words together to create a piece that wouldn’t otherwise exist is a pure joy for me.

I’m still working on this one. I really struggle with fun and I had no idea why for a long time. Recently I had a bit of a breakthrough on this point. I did some advanced coaching training and we got to practice on each other. I did some work on releasing limiting beliefs and realised that I have believed I am boring since, well since birth. What I came to understand is that at 21 my mum found motherhood boring and that I had translated that to mean I am boring.

The work I did helped me understand that it wasn’t my fault, that it was my mum’s thing not mine and I managed to release that belief. That work has really helped me move forward with more confidence.

I am still on this “Who am I” journey and I am learning more all the time. I am able to articulate much more where I am with this and I look for a learning opportunity wherever and whenever possible. If you are on this journey too, know that it is worth the hard work and you will arrive at a place of greater awareness and contentment. How long that takes is a mystery right now but stick with it, you deserve it.

Philippa Robinson is a certified coach, NLP and Timeline practitioner from Bristol (although she is a proud northerner, hailing from Lancashire). She is the host of the Meeting of Minds podcast and is publishing her memoir in late 2021. She shares her healing journey to help others on a similar path know they are not alone.