Making sense of gender and identity

Have you ever thought about how you identify? If we really think about it, we all identify in a way which is personal to us, in how we project our character out into the world. We decide consciously and sometimes unconsciously the ways in which we want others to see and address us. 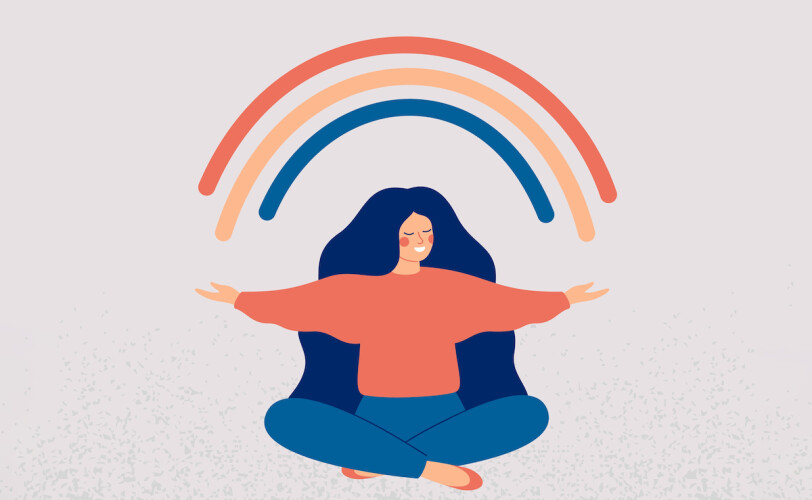 Depending on where you are in life, you may not have thought about your identity at all. On the other hand, you may be very aware of how you identify but are frightened to share what you know about yourself with others for fear of rejection or you are struggling to work out where you fit into the gender spectrum. There are those who strongly believe there is no notion of any other genders existing and so you may be battling to help people understand who you are.

There is no doubt that there has been a struggle going on both internally and externally within the LGBTQ+ community for some time. These days, LGBTQ+ people are being much more curious about where they stand on the gender spectrum. At the same time, most are understanding and patient, knowing it will take time for wider society to get their head around the different genders we are hearing and talking about today.

Let us have a think about where you stand on the subject. Have you ever been addressed by the wrong name, or a variation of your name and you instantly feel a reaction in your body, like drawing your breath in whilst cursing, jeez what’s so bloody difficult about saying my name correctly! Or, as a male, you have wanted to dress and behave as a female and your guardians have told you off and insisted that you dress as a male? If so, this is an exact example of your identity being ignored and disrespected. This is why it is so important to learn about each other and our preferences so that we can all feel our identity is clear and respected.

Personally, I didn’t think about my identity until I was in my 30s. Growing up, identity just wasn’t on my radar. The world for me consisted of males and females and we addressed people by personal pronouns such as he, she, it, they, him, her, them along with titles Miss, Ms, Mrs and Mr. I quite simply never gave a thought to the possibility of there being anything more. I mean, why would I? These formalities were taught from childhood whether that be at home or in school.

As I mentioned earlier, there is a lot of discussion around gender identity as well as confusion around how firstly, to know what gender a person is and secondly, how to address someone.

I believe the first step we can take is in understanding what specific terms mean. Such as cisgender, which refers to a person who identifies as they were born so, either male or female. However, we are now being asked to consider more genders such as:

It’s important to note here that your gender or lack of gender has nothing to do with your sexual preferences.

What is the difference between sex and gender?

This is another question that is frequently being asked. If you have already researched this topic, you will know there are many explanations out there. I hope my examples below will help make it clear.

Covered by the Equality Act 2010. This is when you are treated differently because of your sex, in certain situations. The treatment could be a one-off action or could be caused by a rule or policy. It doesn’t have to be intentional to be unlawful.

The Equality Act 2010 says that you must not be discriminated against because you are transgender or when your gender identity is different from the sex assigned to you when you were born. For example, a person who was born female decides to spend the rest of his life as a man.

A transgender person is not allowed to use toilets that align with their gender. So, a transgender man wants to use male toilets but is denied access.

As a result of people knowing how they want to identify, more and more have expressed a feeling of having to “come out”, for a second time. For example, a woman who has identified as lesbian most of her life suddenly realising, she is nonbinary. At the same time there is evidence that our younger generation are exuding confidence in expressing who they are and how they feel as opposed to how someone from say, the 18th century would have felt with such a disclosure.

For example, singer-songwriter, Sam Smith requested in 2019, through their social media platforms that they wanted to be addressed using gender-neutral pronouns, they/them/theirs. Smith explained that “after a lifetime of being at war with my gender, I’ve decided to embrace myself for who I am, inside and out.” Smith also said, “I understand there will be many mistakes and misgendering but all I ask is you please please try.”

It’s important to note here that Sam Smith is not the first person to come out and voice a non-binary gender. As 'the conversation' reported: Although the terminology we use to describe gender would have been alien in the 18th and early 19th centuries, in those eras, many people would have understood these concepts.

Some women who were sexually and romantically attracted to other women, then as now, presented as more masculine, both for personal gratification and sometimes to be accepted by society.

Since then, gender identity has been at the forefront of much controversy. Some people are strongly resistant to the notion that other genders exist whilst others are relieved the subject is out there because they totally resonate and feel much more comfortable with their preferred gender identity.

When it comes to pronouns, some non-binary people are also moving away from typical titles such as Mrs, Mr, Ms, and Miss, and use the title Mx. LGBTQ+ people and their allies are requesting to be addressed by their preferred pronouns. As such, you may have noticed that some people are adding their preferred pronouns at the end of their name, for example, “she/her”, “he/his”, “they, them, theirs”.

I belong to the LGBTQ+ community and confess I also get confused and sometimes get it wrong as I learn about new terminology. Many of my heterosexual friends ask me questions about how they will know how to address someone with a different gender or, where they are educators, how they can respond to students who present with a different gender. They tell me they are too scared to talk about anything these days in case they offend someone or simply say the wrong thing. So, they prefer to avoid the subject.

I feel there is a definite indication that post-millennial generations are seizing and gripping on for dear life to be who they are despite society trying to tell them something different. A friend and I were talking about generational gapping in the sense of premillennial generations being confused, with some finding it really hard to understand the wider conversation of gender identity. Whereas Gen Z appears much more comfortable expressing their gender identity as they have or are growing up in the knowledge that there is a choice, and nothing needs to be fixed.

We reflected on the premillennial generation and challenges faced such as being unable to express exactly who we were; fear of coming out; rejection; bullying; harassment; violence; hate crime as well as increased suicide within the LGBTQ+ community. This led us to think about what challenges current and future generations may struggle with.

We explored the risk of different issues arising for Gen Z and beyond, for example that society has told us for all time that only male and female genders exist. This may flip for people to feel that they have to identify as a gender they do not align with so that they, again, fit in. For example, peer pressure to be non-binary. As a result of these challenges, we may see different mental health support needs arising as our new generations work out who they really are.

Personally, I will never forget the introduction of Section 28 or Clause 28 as it was sometimes referred to, a piece of legislation that was passed across Britain that prohibited “the promotion of homosexuality”.

This was during the Margaret Thatcher era and was implemented by local authorities from 1988 until 2000 in Scotland and 2003 in England and Wales. The implementation of this legislation led to many protests which were carried out all over the UK by LGBTQ+ people and their allies.

Over the years, there have been many activists and their allies who fought hard to promote LGBTQ+ across the world. On the other hand, there have also been those that oppose any other notion but heterosexuality as well as male and female genders being the only options.

You may be familiar with the documentary “The Time of Harvey Milk” or the film “Milk” that detailed Milk’s life and political career, taking us through Milk’s experiences as a gay rights activist as well as the first openly gay official in US history. This role, he thought would give him the opportunity to further progress the rights of gay people. However, Milk was shot and killed in San Francisco in 1978.

You may also be familiar with the recent adaptation of lesbian, Ann Lister’s life broadcast on HBO and BBC called Gentleman Jack. Set in West Yorkshire, the series takes us through Lister’s life through her own personal diaries. Diaries that included secret codes to hide her intimate relationships with the same sex. Lister was an extremely confident and assertive woman, especially for the time in the early 1900s.

Lister absolutely refused to be tied to what society promoted as the norm and chose to work in a male-dominated industry managing her own estate; travelling; educating herself, dressing and behaving as she pleased and was adamant that she would only love women. She married Ann Walker and they arranged a ceremony in York where they took vows and exchanged rings. The marriage, of course, was not recognised but they lived their life together as a couple.

What does LGBTQ+ mean?

LGBTQ+ is the most widely recognised acronym which stands for lesbian, gay, bisexual, transgender, and Queer. However, there are many more within the LGBPTTQQIIAA+ acronym which you can learn more about.

I hope you have taken something from this article. The one thing I would like you to take away is to know that it is OK to ask someone “What are your pronouns or how do you identify?” if you are unsure. This question is welcomed and appreciated within the community as we all get to grips with how people personally identify.

As well as coaching, I offer counselling and training around LGBTQ+ issues, mental health, and more. If you would like more information, visit my website www.coachingcart.com, contact me by email at info@coachingcart.com or give me a call.

Annie is a Life Coach, Counsellor, Speaker and Writer. Annie grew up in Scotland but has lived in England for 10 years. Annie was made redundant from her job at 57 and made the decision to start her own business. Annie specialises in working with the LGBTQ+ community and also helps women realise their dreams no matter what age they are!