Changing the mindset is not straightforward. There is a process; it can take time with an individual or team(s), and it needs the right change agent to navigate the situation.

This article will be useful for managers of teams, leaders of people, and individuals who have been promoted into a man management job and/or leadership role, whereby they have many people working for them.

I’m delving slightly deeper into changing the mindset of individuals or teams.

How to change the mindset of your employees

Often when I am working with someone, they have firm beliefs on a given subject. This could be born out of pure habit, or something they have always been told from school or university. Or, in the corporate world, because they are told by a report that all is well!

A simple example is in the tech world. It is reported that the companies' email system is running perfectly well, so in the mind of the tech teams, all is good, but the business totally disagrees.

From this example, there are two different 'lenses' on the subject. Lens one - the IT people are a very logical and factual bunch. Their lens says, 'hey, look at the report, the email system has been working for 100% of the time'. However, lens two (the business) say they are frustrated with the email system. They find it is slow and hard to work with, so in their heads it sucks. It makes their lives painful.

Within the tech teams, often feedback from the business is not appreciated or understood. When feedback is received, it can be dismissed because the monthly report says otherwise. No listening or empathy is shown to the users.

The outcome is frustration from the users, and the level of dissatisfaction goes up. This can cause great angst against the IT department, which puts them on the back foot, and the overall focus is on the dissatisfaction, rather than how IT can be an enabler rather than just an overhead.

This is a disconnect and a really annoying one too. It is just one example and, from my experience, there are usually 10-15 examples of disconnection between the tech team and the users.

When it comes to tech and the consumerisation of IT, tech teams need to adapt and be more in-tune with their users.

As a result, often someone from the tech team is tasked to 'find out what the business wants'. This can be a difficult task if given to the wrong person. Just by telling someone to go and do something, this does not necessarily mean that they have the right skills. Taking such an approach can cause more harm than good. Whilst the person may have good intentions and want to do the best they can, they simply lack the soft skills which are required; soft skills such as listening, having empathy, a level of emotional intelligence, and the ability to navigate a company’s political landscape or fully understand its culture. A note here - culture is one of the biggest things someone needs to know - you are at your peril if you do not understand the culture!

The second example of something I personally experienced whilst I was in a leadership role was when I worked for a small, but very successful, FTSE 250 UK company. The CFO decided the IT department needed to be modernised, due to the growth of the organisation. After an engagement from a top-four consultancy, a key recommendation was to recruit a whole new IT leadership team who would report to the CIO who had been with the company for 20 years. I was one of those new recruits.

We were to build a new structure of the IT department, with some of the teams already in place, whilst some being new altogether. One of the key tasks was to make working in the IT department a better place to work. The IT team had grown from 20 people to 120 people in a very short period of time but, unfortunately, the turnover rate of staff was approximately 40-50% per year.

To aid this initiative, one of the activities was to implement values for the IT department as a whole. Great intentions and something that has been needed for a long time. When I joined the company, one of my first observations was that the teams within the department literally hated each other. Staff satisfaction was at the lowest I have ever seen in an organisation (measured via a staff survey and the low retention rate of staff), so introducing values would be a good thing.

An interim Head of Communications was employed to work on comms, but also drive staff initiatives. He was greatly experienced in the field of communications, but (in my view) came up short on the people side - he would not listen, and had zero empathy. The Leadership team, with the help of some of the management, worked on the values. All good stuff, and once the values were defined, the next task was to educate the staff.

This is where it all started to go wrong. It was dictated from high that the way we were to communicate the values was to simply hold a three-hour meeting with two or three sets of people at a time (now that is 30-40 people), and present a 50-page powerpoint slide detailing the six or seven values. People were to be told how to start working and told to understand the values. To many, they had never even heard of values, never mind having to work to them!

In preparation, the Head of Comms got me and a few others from the leadership team to show us the powerpoint presentation. It was horrendous. I walked away from the meeting with serious doubts. I shared those doubts with some of my peers as one of my last emails before I went away on a three week holiday. It was completely ignored and the comms sessions continued as planned.

The outcome? Staff were completely confused and disillusioned. They tried to follow up on the sessions with their line managers, only to be faced with disconnected, misinformed and downright wrong information. The line managers themselves did not fully understand what was trying to be done.

Most people ended up worrying about where their department was going and how it affected their jobs. Instead of positivity coming out of this, it led to mass chaos and further dissatisfaction.

Much time and money had been spent and, in my view, wasted. The only good thing that came out of the exercise was a list of values for the department.

The dictated approach of 'just get on with it' did more harm than good.

Upon reflection, a key learning point for me is to have the right change agent(s) to drive this through. Someone who has been there and done it, someone who can work with the existing staff in a way to successfully deploy a cultural change, someone who understands the change curve (see link below as an example or google it) and is able to address questions and fears to positively progress the department's maturity.

With both examples, this is where a coach can help - to be that change agent. A coach can help broaden the mindsets and to ensure that softer skills are adapted and used, to help deliver a high level of satisfaction and understanding of the change.

In both examples, by investing in a coach, the results are happier staff all around. In my second example, a tangible benefit would have been to reduce staff turnover, thus cheaper recruitment costs. Recruitment costs are approximately 17-30% of staff salaries per staff hire, so if you are having to hire 50-60 people per year as this department had to, the costs are high. Reducing staff turnover equals reduces expenses, which ultimately increase the bottom line.

To me, changing the mindset is a 7-8 step process, with some steps recurring. It really depends on the situation, the individuals, or teams, with the main point being that it can take some time, but a very worthy investment in having a coach to help.

Can you think of examples in your organisation where someone is trying to be connected, but just doesn't have the right skills, and they have just been told to 'get on with it'? How much is that costing the company?

I am a qualified Transformational Coach. I empower people to make dynamic changes in their lives. My qualification is through Animas, which is accredited by the International Federation of Coaches (IFC).

I have a passion for helping people to fulfil their potential. 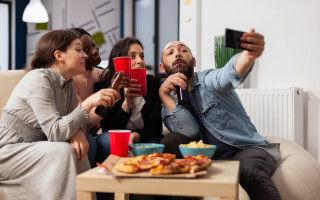 What's the value of an office party?

So, it’s that time of year again - compulsory fun at the office party. For some people, it’s all about... 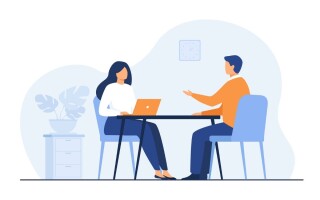 We have all experienced being shaken and stirred in some way over the last 18 months. Boundaries in our lives that... 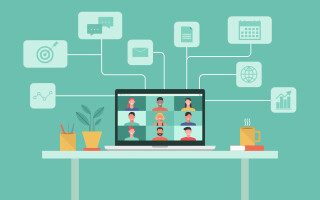 How can you protect your business from a resignation wave?

Is there really a great 'resignation wave' coming? What can you do to protect your business? 18 months on...