Despite the Government’s best efforts, it seems unhealthy lifestyles are here to stay, reports The Independent. Obesity, drug and drink problems and smoking related illnesses all look set to increase, and that the money ploughed into initiatives to tackle these problems has ultimately been wasted, as the Government’s methods are old fashioned according to think tank the King’s Fund.

These bad habits cost approximately £6bn a year for the NHS in England alone, and take thousands of lives every year. Meanwhile the Government has spend over £50m on health campaigns, such as the ‘five a day’ initiative.

Tammy Boyce, from the King’s Fund, said:”We need to move away from short-term, politically motivated initiatives such as the ‘nudging people’ idea, which are not based on any good evidence and don’t help people make long-term behaviour changes. There needs to be a huge culture overhaul at every level of the NHS so public health becomes everyone’s priority.”

Find a life coach that can help with Health Coaching

or try our advanced search

If you suffer from stress and anxiety, I don’t have to tell you how debilitating it can be to have a panic...

Making the menopause work for you

We hear so much about what the menopause can be like from friends, family, and the media, and not all of the... 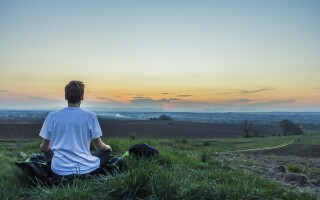 Tips for overcoming your anxiety

What is anxiety? To overcome anxiety, we first need to understand what it is. A helpful definition by Neenan...