The joy of failure

I have decided to sit down and write out these thoughts after receiving this title from the universe. Yes, exactly, from the universe. And I think right now is the right moment. I will explain why, but for now, let me give you my background. 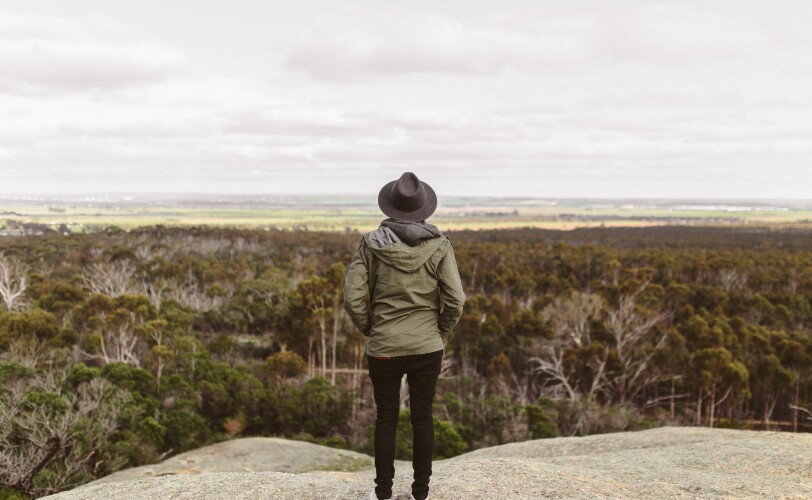 I was born in the 80s and grew up in a small town very close to the countryside in the north of Italy. At that time, we didn’t have mobile phones; I would spend most of my days either inside, on my own, watching TV, or outside playing and running around with the other kids. But to be fair, I don’t remember much until I was 13-14 years old. The first memory I have is of my father beating my mother up. I was five. The second vivid memory I have is of my father shouting at my mother in the middle of the night, holding a heavy glass ashtray, ready to hit my mother with it. I took the ashtray from his hands and for the first time I remember thinking "do not become a failure like them".

I spent the next 10 years giving them what they wanted from me, to make sure I could receive what I needed to survive in a very unhealthy environment, emotionally and mentally speaking. In the 90s, in a small town very close to the countryside in the north of Italy, the word 'abuse' was used only for very heavy events and mostly to define sexual abuse. It was only a couple of decades later that that word became the common seed to define any kind of violence, including physical, verbal, emotional, and mental, which is exactly what went on until 2015 at my parents' house.

Now, it is not written anywhere that success must be financial, economic, educational, or
career-related, but somehow, in our society, these have become the primary meanings. If we see someone driving an expensive car, wearing brand clothing, buying the most expensive things, with a tense look on their faces, we define them straight away as someone successful, but if we see someone driving a city car, humble, wearing modest clothing and seeming genuinely happy, we probably wouldn’t even notice them.

So, the moment I finally realised that my parents and I were giving a different meaning to
the word success, and to failure, was a game-changer for me.

Success to me is 'the accomplishment of an aim or purpose' on a personal and emotional level, which includes love, compassion, personal growth, and happiness. The word 'failure' to me is the 'lack of success in a specific moment in time', and in particular a materialistic matter, which gives me feedback on what didn’t work so I can manage to do it again - better - already knowing what doesn’t work.

Failure to me is simply a mistake, an opportunity to do something better; it has got nothing to do with money or wealth. It is also temporary, and it doesn’t define a state of being.

If you make a cake and it is a failure, it doesn’t make you a failure. It gives you the chance to understand why it doesn’t taste so good and make the necessary adjustments to have, as a result, a better cake next time.

So, when I finally understood what failure meant to me, I went on failing happily ever after.

We make mistakes, we fail, we learn, we do better. We are human.

What does success mean to you? And failure? Are you living your life following somebody else’s sense of success or failure? How is it working out for you?

I would love for you to take five minutes of your time and write down three values you use in your day to day for each of these areas of your life - family, work, and relationships. When you are done, I would like for you to look at the lists and answer these two questions;

1. Are those my values or somebody else’s, something I have been passed on through my family, at work?
2. How are these values affecting my decisions?

Our experiences are meant to be learning events to improve ourselves and future outcomes, so why is it that society is obsessed with perfection and money, making it a collective belief that if you are not loaded, you are not successful, and therefore you are a failure?

Why are we pressured from childhood to operate following standards without even having the time to think if those standards belong to us or not, if they represent us or not, or if we want to live our life around them or not?

Take your time, because this quick exercise could give you very painful insights you never thought of before.

When you are done, I would love for you to think and replace in your head those negatives with something extremely positive that your teacher, your boss, and your parents completely ignored, and I want you to take a moment to scream out loud all those positives and think how all these positives could affect your present and future decisions. How could they affect the way you relate to others, to your family, to your friends? How could they affect your motivation, perhaps?

Visualise, smell, feel, and hear the changes you could make with this renewed state and breathe it in. Hold the state and give it a name.

My one is called 'the f****** just do it' state - feel free to borrow the name if it resonates with you!

Now I would love for you to go back to the first exercise, go back to that piece of paper with your values on it, and re-write them right now, whilst you are in this renewed, super cool powerful state. Are they the same as before? All of them, or only some of them?

There is no right or wrong answer here - this is you tapping into a part of yourself you never knew existed, so take the time to familiarise with it.

Are the new values you have written down setting you up for success? Are these values empowering you, empowering the people around you, or your environment? Are you living your life following these values? Do you want to make some adjustments now that you understand that what you do and what you think is not following the same linear line?

Do you feel completely out of your comfort zone now because you realised that you've sabotaged yourself all your life based on somebody else’s belief?

Whatever you are feeling or thinking right now is completely normal; your brain has suddenly taken a new path without knowing where it's heading. Uncertainty is scary but it is the place where you have the chance to rewrite your life from; it is the place of growth, of self-development, of self-love.

Take your time, define your success, rewrite your story. We all deserve a second chance.

Dedicated to all those human beings on this Earth looking for their truth.