The gift of getting stuck

There's no denying it: getting stuck can suck. The shame, the rising panic, the frenzied, useless efforts at extraction, like wheels spinning in a muddy rut. The sense of defeat. 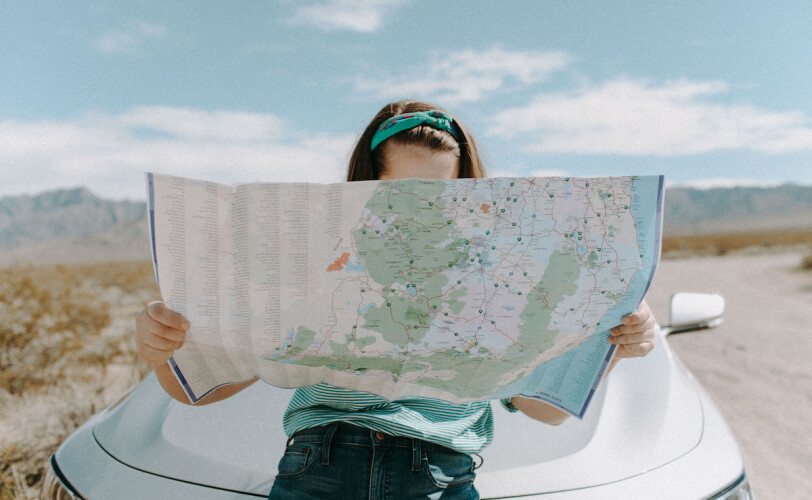 Whether the issue is a job or relationship or long-standing creative project, there’s something uniquely humiliating about discovering that you can’t move forward, when going backward isn’t an option either - all of it amplified by the sense that others are watching, judging you, thinking: “What are you doing? Stop making such a meal out of it!”

But what if getting stuck is an inevitable, even necessary part of the journey?

Off the beaten track

My first vivid memory of being stuck was one day at the seaside when my brothers and I decided to go exploring in the undergrowth near a hillside car park and told our dad we would meet him down at the bottom of a wooded hill, near the sea.

I was about 10, my brothers even younger, and the thrill we got from forging our own path was abruptly transformed into panic when we halted on a high bank above a retaining wall with the concrete promenade 15 feet below.

My dad was nowhere to be seen, and instead, a small knot of onlookers tutted, as people tend to when someone gets stuck. “Where are your parents?” an older woman shouted up at us, while others gathered underneath the wall in case we should fall.

I remember feeling fear and shame and anger in quick succession – the signature emotions of stuckness – as we perched up there like ninnies, cursing our stupidity for not taking the easy path down.

The price of adventure

When dad arrived, he didn’t see it like that, thankfully. He kept his cool, even in the face of very vocal disapproval from the gathered parenting experts, and instead calmly coached us down: Take your time to think. Have you checked all the options? Look around you: is there another way?

Sure enough, when we followed the wall away from the sea, it revealed an easier scramble down a bank, leading to safety - and quiet encouragement from dad for working it out ourselves. He could easily have dished out defensive scolding – but instead, he taught us a golden lesson.

Because the truth is that in any kind of adventurous life, you will get stuck from time to time.

If you’re unlucky you’ll get shamed for it and learn to shame yourself. But with the right kind of support, being stuck can be a huge opportunity for growth.

Much later in my life, at a time when I felt personally and professionally stuck, a conversation with a life coach helped me to rethink my situation, much as my dad helped me get down from that wall. A decade later it has become my own coaching approach.

When we’re stuck, it’s usually because different parts of us are in conflict about the way to go, like a group of hikers who disagree on how to get home.

By coming away from the hubbub of societal voices and well-meaning friends, turning off our phones and creating a safe coaching container for our inner collective wisdom, we are able to focus properly on the terrain already crossed, the decisions that have led here, and the options ahead.

We walk around the “problem”, look at it from different angles, notice what it is telling us, check to see if the map needs updating.

I love the moment – sometimes after many sessions sitting in the “stuck” place – when the fog parts even for a moment, and a new path lies clear. Often it’s a path we would have missed if we hadn’t been forced to stop and honour our stuckness.

As Carl Rogers, the father of person-centred therapy said:

The curious paradox is that when I accept myself as I am, then I can change.

Nick Thorpe is a life coach and award-winning writer based in Edinburgh. He has particular experience in mid-life transition, parenting & adoption, men’s issues & rite of passage, writing and the creative process. His three acclaimed books - most recently Urban Worrier - are published by Abacus. www.nickthorpe.co.uk/coaching.