Taking a lesson from Caesar

'A man without vision will perish' King Solomon (Approx. 1500BC)

Regardless of circumstance, victory is always achievable for the person who relentlessly refuses to give up in the pursuits of their vision.

Over a Millennia ago, Julius Caesar made it one of his life goals to capture the British and rule the British Empire. He sailed to the British Isles, strategically unloaded his troops, weapons and supplies, and then commanded his officers to burn the ships.

Through this one, drastic action, Caesar eliminated the option of retreat.

He called all of his men together and said, “Now, we either win or perish. We have no other choice.”

With this one single order, he guaranteed the success of his campaign. He knew that people, who have no other choice than to win, always win.

This year, and for years to come, if you find yourself in a situation where victory seems highly unlikely, you might be able to further your cause by developing an alternate course of action.

If, your reasons for pursuing your goals are genuine, there is no reason why you wouldn't burn your ships also to make the retreat an unfulfillable option.

If your end objective won’t yield to a full frontal assault, try a more discreet approach as there are few problems in life (if any) that are impossible to solve without committed determination.

Even life's greatest obstacles and challenges will eventually give way to a determined, motivated person who has a vision and plan that are flexible enough to endure the changing conditions of life. 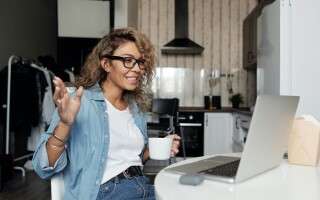