N.B If you haven’t seen Titanic the movie, then I’m afraid to say, spoiler alert. 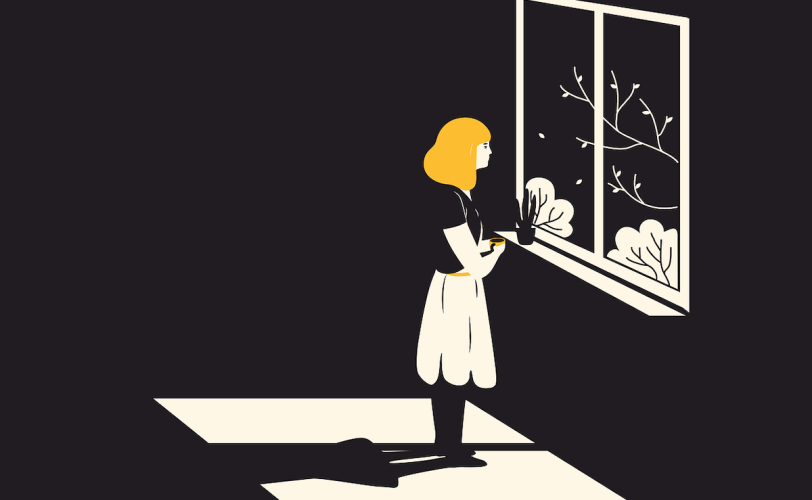 I watched the film Titanic for the very first-time during Lockdown 3.0 and it really lingered with me. I just couldn’t shake this feeling of complete and utter devastation for days. The two most central themes of Titanic arguably are love and loss which entwine their way through the narrative.

Now of course the storyline is based on true events which is what makes the narrative quite so hauntingly painful, and of course, watching hundreds of people fall to their death into the depths of the freezing cold ocean was absolutely horrific. But it was the love story between Jack and Rose that stayed with me, more to the point, the tragic loss of what could have been. I sort of just assumed this was the saddest part of the plot for everyone, but when I asked around, it appeared that this was not the case.

My sister said, “it wasn’t the love story that was saddest for me, but the fact that so many of them could have been saved if they’d made space on the lifeboats.” A friend said that for her "it was the sheer panic of all those people, knowing that death's door surely awaited them." Maybe you too resonate with this pain point and are triggered by the theme of loss.

From the offset I was captured by the energy between Jack and Rose (I guess young Leo being quite as handsome as he was might have had a tiny part to play in this… but only a tiny part). I am brought back to the moment when all the women and children were being loaded into the lifeboats, and my heart was being torn apart by how painful it must have been to have been separated from their loved ones. The fact that the death of all those men was practically palpable of course was heartbreaking, but it did not grab me quite as much as the central themes of love and separation.

Death seems so intangible, and it is this quote by Thomas Browne that comes to mind when I think about it:

Death comes to us all, there is no avoiding it and it is an inevitable part of the cycle of life. Sure, I want to live my life as best as I can while I'm here, and yes, death often creeps in and steals life too early, but it isn’t this that scares me so much. It doesn’t leave me hot with panic and dread, but a life without love, and more importantly, the freedom to love who you want; that’s what scares me.

At this point, you’re probably questioning if this is in-fact product placement or just a slightly misplaced review of an all-time classic film, but alas, this is not the case. I asked those closest to me “what was the saddest part of the movie for you?” and the answer was either centred around “loss” or “love”. This really got me thinking about why that was? And the answer is down to many things perhaps, but I feel that it has something to do with values.

Titanic pulled at my heartstrings because I love, love, I value freedom more than anything and I crave stability and happiness. All these concepts played out in Titanic, they got thrown about against the rocks, leaving the audience (or me at least) wrecked and drowned among a flood of tears.

But it isn’t as simple as love and loss; both of these themes play on a variety of overlapping values.

Values are complex, they’re exclusively subjective and each person will resonate and relate to a different structure of principles. Knowing what’s important to you, what makes you tick, what grinds your gears can help you understand your reactions, your decisions and your emotions.

Each value is like a sphere divided into two halves: harmony and conflict. When you make decisions that go against your values, your system is a flood with emotions like disdain, anger and sadness causing the spherical ball to tip towards conflict. When you make decisions that are in alignment with your values you release joy, laughter and satisfaction and the sphere rotates towards harmony. Then there are times when you come across a situation which causes a friction of values – but that’s a story for another time.

The thing about values is, they’re fairly simplistic to discover, but learning to live a life in alignment with them is something much more intricate – it takes time, patience, grit and compassion (and often a life coach!) But the good thing is, if you add these ingredients into the pot with a whole lot of love and let it simmer, the result really can bring a great deal of clarity, peace and happiness.

So, reader, I only have one question for you:

Do you know what is most important to you?