You might have come across this phrase when it came to our attention in 2013; Sheryl Sandberg used the term in her book of the same name. In this context, leaning in encourages women to actively pursue their ambition in the working environment, talking about what they can achieve rather than what they can’t. 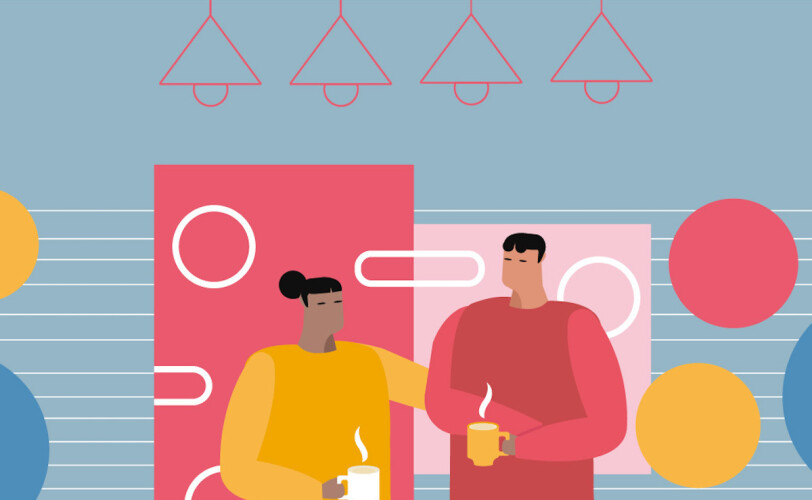 On the face of it, sounds like a good thing – who wouldn’t want 50% of the population to succeed in their chosen field.  However, there followed much backlash; an interpretation that it actually means doing more work, more often for longer periods and that this was actually having a detrimental impact on women and their families. Thankfully, the term is now used in a much more positive way such as 'lean in circles' where women in specific industries or with particular interests can come together to support each other.  There is also the acknowledgement that men can also ‘lean in.’

So, whether you’re a fan of this use of the term or not, I’d like to offer a slightly different interpretation of ‘lean in’, one that is, perhaps, more useful these days.

Leaning in and coaching

In a coaching context, it’s used to describe a way of making changes. Sometimes, coaching can be challenging; making change can take effort and resilience. There is an inevitability that, if you want to make a difference, some areas might be difficult to discuss. You might even avoid coaching because you fear it means that you’re failing. And, a good coach will hold you accountable for shining a light on those areas which might feel a bit awkward.

For all of my coaching clients, there are many ways of helping change to happen. Before that change can happen, I actively encourage them to ‘lean in’ to the coaching work.

Quite often, unhelpful habits have been entrenched for some time; unhealthy ways of relating to people; destructive self-talk; a lifestyle that is damaging.  Generally, the issue has been ignored, pushed to one side or buried even deeper in an effort to avoid the fear of the pain they feel in addressing it.

Sometimes, this can mean some really meaningful work, really ‘leaning in’ to our conversations. This means that I might ask them to sit with things that might feel awkward. I help them to dive deeper than they might otherwise have done into areas of life or work that have never seen the light of day before. I encourage them to see through a lens that they may never have considered before. It’s all done safely and with compassion and I believe it’s only in this way that sustainable difference will be seen and felt and everyone learns new strategies.

It might sound really difficult and hard work; actually, with an experienced coach, you can make changes quickly and easily.  NLP and hypnotherapy are particularly effective at shifting old patterns and beliefs.  So, when will you begin? When will you begin to ‘lean in’ to the change that you want?

Tracey is an experienced coach, trainer, and facilitator inspiring people like you to make a positive and permanent change across all areas of life. When you're ready to find out how easily and quickly Tracey can help you find your best self.