Laughter really is the best medicine

Laughter really is the best medicine! I have this on good authority from one of the world’s leading advocates: Patch Adams, M.D – the founder of the Gesundheit Institute in northern West Virginia. Patch’s medical career has been devoted to giving away health care in the U.S., but more than that: re-defining the doctor-patient relationship, Patch has injected fun and humour into the hospital setting and children’s wards, in his own words: ‘the nature of deep suffering demands some fun as an antidote’. 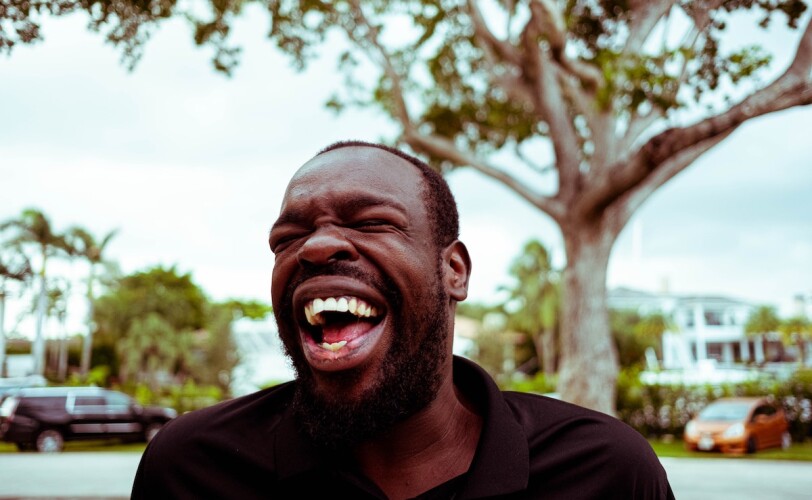 He and his colleagues effectively built the world’s first ‘silly’ hospital, cultivating an environment that encouraged ‘goofiness’ rather than the ‘straight’, cathedral-like solemnity you see on many wards even in this country - that do not seem conducive to healing.

A number of years ago Patch came to London to speak, he talked about humour and laughter as a therapy, bringing silly anecdotes of ‘clowning around’ – entertaining sick children on the wards, under their care. He was adamant that humour and healing were linked. He has had incredible success with his unique approach.

I was lucky enough to spend some time with him after the talk and kept in correspondence with him for several years after – I was greatly inspired by his pioneering work and have often tried to incorporate humour in my own therapy work. Laughter heals. Nothing diffuses anger and conflict faster than laughter.

Looking at the funny side of our problems can sometimes put our problems into perspective; British people often call it ‘gallows humour’ – I’ve come to learn how sometimes that is the only thing left to do and perhaps in that moment a greater truth is revealed.

Ideas of laughter, humour and striving for happiness have taken a long time to make their way into the respective fields of biological and social science. Now, it is generally accepted in clinical psychology that there is a place for ‘positive psychology’ – that it is a field in its own right – giving social scientists finally scope to investigate what makes us happy.

The physical sciences can now point to some of the wonder drugs the human body makes when it laughs: those wonderful gushes of endorphins and other feel-good chemicals – that just make us feel good and promote a sense of well-being!

Humour and laughter are now scientifically proven to boost the immune system, increase infection-fighting antibodies and decrease levels of stress hormones. Laughing activates the release of serotonin which is the same brain chemical which most antidepressants try to replicate. This mind-body connection is now indisputable – there are now so many cases of remarkable recoveries from seemingly incurable diseases.

Perhaps the earliest pioneer of positive psychology was the late, great Norman Cousins; writing in ‘Anatomy of an illness’ he describes his rigorous recovery from a painful and debilitating illness that left him bedridden. Through positive thinking and (even!) watching comedies he slowly but surely got himself back to physical health.

Patch’s own life was brought to the big screen several years back in the 1998 film ‘Patch Adams’ played by the late Robin Williams – himself a comic genius and a perfect casting – bringing so much to the role and, according to Patch, a faithful biography of his life. In these challenging times we perhaps need to remind ourselves to laugh – out-loud and sometimes with reckless abandon! Put away the Scandi-Noir for the evening and embrace a comedy. Laughter is the best medicine.

Jodechi Morton is a qualified and certified Cognitive Behavioural Coach and Psychotherapist. Her background is in positive psychology and she uses all of what she is to help her clients change their lives into positive and powerful lives. Jodechi believes that we can all live lives of health, happiness and self-love.