I was recently reminded that when we ask questions, how the question is phrased can be key. 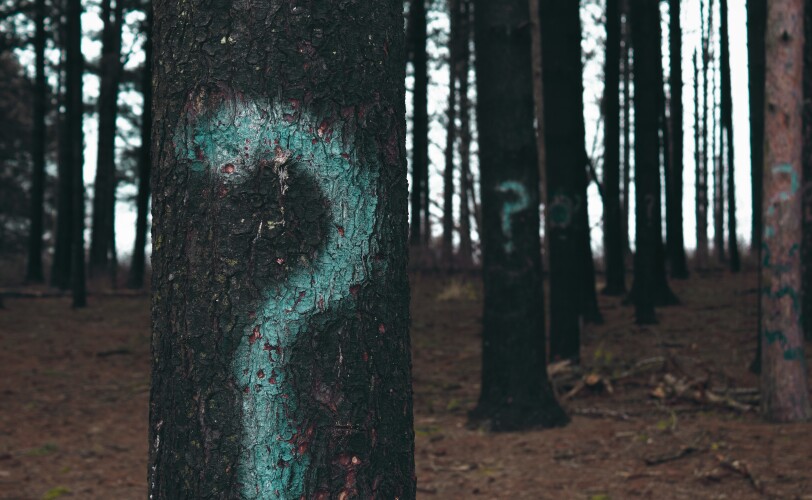 My colleague had asked a member of the team who was unhappy in his role what it was that he wanted. His response was to say quite clearly what he didn't want. On the surface of it, this is not easy for the person trying to facilitate more amenable working conditions. In this example, the person who was being asked was very focused on the negative position in which he found himself. But giving space for discussion of what's not right at least allowed him to air his views in some detail. This means that the person trying to help gets more of an understanding of their point of view, but also, having solicited comprehensive feedback, it leaves the questioner in a position to feel valid in encouraging more discussion from an alternative view. Once the details of what's not right have been established - exhausted if you like - then it's almost natural to look to the alternative of what is or could be right.

So, whereas my colleague - the person in question's manager - felt somewhat exasperated by the negative response, it could form the basis of the person being listened to, before then supporting the person in considering other views and options, which could work in his favour.

Another way of using potentially negative responses to elicit a more productive outcome is to indulge thoughts about negative factors explore the negative issues. For example, when coaching a group of employees from a company, they outlined many of the things in the workplace which they felt unproductive or negative. These involved, for example, the fact that the phone kept ringing with nobody answering it, and that the work vans were often late to leave the premises for appointments as they weren't loaded with the necessary equipment for the job.

For the issue with the telephones, I encouraged people to think about what it would be like if the phones were simply left to ring and ring by everyone. That immediately sparked horrified groans of unacceptability. So we talked about flipping this extreme scenario into its opposite: what if the phones had to be answered within three rings, say? Not only did this idea offer a better scenario, but it was also undeniable that this was perfectly attainable given that if somebody were in the office to hear the phone, then they were near enough to answer it! The idea of seeing it as everybody's role was neither daunting or difficult, and triggered good-natured competitiveness among staff, with the aim of 'getting to the phone before the fourth ring'.

As for the vans, after being prompted to think about how to make the situation worse, the team again found it easy to suggest that this would involve never restocking the vans after an appointment. The team then spontaneously discussed among themselves how they could make sure that the vans were stocked regularly. Their own experience and expertise in the industry meant that I, at no point, needed to understand the ins-and-outs of their daily activities, and could simply allow them to work out what was best for them, with the occasional prompt for "who will take on that role?", or "when can that happen?".

Another way of 'flipping the question' can help people retain insight into their situation. When I work with people in periods of transition or change, I find that questions like "can you do this alone?" may meet with a positive and confident response, but I find no harm in eliciting thoughts from the alternative viewpoint and asking, for example, "could you benefit from some help?", or clarifying the extent of somebody's abilities; "are you managing your website?" may meet with an affirmative response, but there is no harm in asking "how long is your daughter happy or able to help you with it?". Likewise, a negative response can be challenged with a 'flip'; "so you say you don't think your wife is interested in your business plans - have you asked her?".

There may be room for a few linguistic gymnastics, too. It can be surprising how forcing an opposite question can elicit less opposition than very alternative viewpoints. I recall asking somebody who was aiming to give up smoking "what will happen if you stop smoking?". He responded with the known benefits of better health, cost-savings, etc. But when asked "what will not happen if you stop smoking?", the immediate response was "well, the sky won't fall in!". This had accessed a very simple truth - it was not impossible!

Don't get me wrong, it can feel awkward asking the challenging questions or letting people expand on the negatives, but in my experience, it can lead to greater insight, better understanding, and ultimately relief if it helps in taking things forward.

If areas of your personal or work life are not running as well as you'd like, give me a shout and we can discuss what would help you right now. Whether it's practical issues or emotional and personal aspects of your life which are affected, we can have a chat and see how my support could help you...