A frequently asked question is: What is the difference between coaching and psychotherapy? 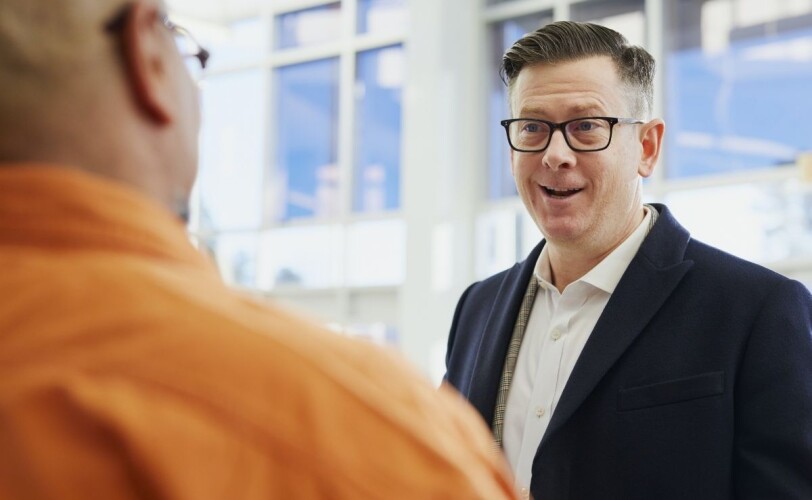 The cliché that therapy focuses on the past while coaching focuses on the present and future is a bit of a myth, as there are forms of therapy, such as cognitive behavioural therapy (CBT), that don't dwell on the past, and forms of coaching that allow for deeper self-exploration. In a previous article, I described existential coaching as the ultimate grey area between coaching and psychotherapy.

This blurred border seems to make not a few people uneasy, as therapists often look down on coaching and, at the same time, feel threatened by its efficacy.

Some coaches, too, like to believe that there is a definite boundary between the two professions, but, in fact, there is a big crossover. Schools across the world offer training in therapeutic coaching, and a growing number of psychologists, counsellors and therapists are choosing to train in coaching.

Another wrong assumption often made about coaching is that it is more 'directive' than therapy. In reality, the opposite is true. In training, coaches are told ad nauseam that they mustn't express personal opinions or offer advice; whereas clinical psychologists, psychotherapists and counsellors can be much more prescriptive in their approach.

In essence, I believe coaching and therapy have much more in common than what sets them apart: they both provide a non-judgmental space for self-reflection and they require the helping professional to be highly self-aware and fully present to their client. They also share the aim of rendering clients more resilient and helping them move forward in life by identifying and letting go of what is holding them back in life. In short, they both want people to be happier!

The most significant difference between the two professions is that coaches are not trained to work with mental health issues such as psychosis or personality disorders. Thus, therapy can involve recovery from a state of dysfunction to one of being functional; whereas coaching is much more about helping healthy individuals achieve their full potential.

However, not all therapy clients are ill; many functioning people will seek the help of psychotherapists and psychologists. At the same time, coaching clients aren't always completely healthy.

"Let us consider that we are all partially insane. It will explain us to one another; it will unriddle many riddles."

Counsellors, therapists and psychologists choose to train in coaching often as a result of feeling frustrated with the limitations of traditional psychology - which, for example, tends to overlook the mind-body connection.

Besides, many individuals and firms are more likely to hire a coach than a therapist because, when dealing with functioning people, coaching is widely perceived as being more effective at generating paradigm shifts and transformation.

While coaching as we know it will hopefully never replace therapy altogether, it is a much-needed evolutionary step in the helping professions; and, in future, like it or not, the boundary between the two is likely to become even more blurred.