You’ve made the interview. So now it’s just a matter of showing you’re the best person for the job, isn’t it? But what about that little voice in your head repeating “I’ll screw this up. I know I will.”

Even if it that happened before it doesn’t mean it will again. However if you go on telling yourself that it might you can create a self-fulfilling prophecy. Generally we like to be right so we consciously and unconsciously find ways to prove we are – even if that goes against our better interests. Your negative thoughts can become a disappointing reality.

You can watch these prophecies in the playground where overwrought parents shout “You’ll fall! You’ll trip and hurt yourself!” and squeal as their kids unsurprisingly do. It would be interesting to see what would happen if Mum and Dad shouted “Keep running! You’ll always stay on your feet!” because this is what our most successful sports stars do to give themselves an edge.

All top performers know that self belief is probably the most crucial factor in success. After all once you get to a certain level the bodies are roughly the same, the exercise routines similar and nutrition standardised. What separates the winners from the rest is what they are thinking. That is the difference that makes the difference.

Sir Steve Redgrave says “it is the iron in the mind, not the supplements, that wins medals”. At the 2000 Olympics he knew after only 250 metres that his GB team was going to win gold, his fifth straight gold.

When you’re next facing a daunting challenge; an exam, project deadline or interview, run through the event in your mind and imagine it going wonderfully well. Really see the event unfold the way you want it to. Prepare yourself for success and believe in yourself.

“Whether you think you can or you can’t, you’re probably right” - Henry Ford

Share this article with a friend
Article Tags
Confidence

Written by a verified life coach

Julie: "I am more confident and have the insights to make things happen."

Sam: "I treat myself much more kindly now."

I recently asked my community of recovering people-pleasers what they do to reduce anxiety. I want to share with... 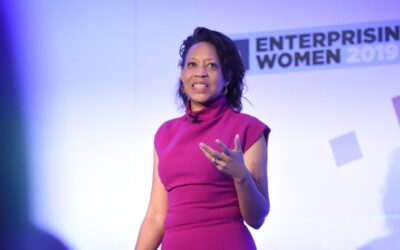 We sit down with executive coach and leadership trainer Jenny Garrett to learn more about why our confidence is...