A recent study reveals that those who walk or cycle to work rather than drive have an improved sense of well-being. 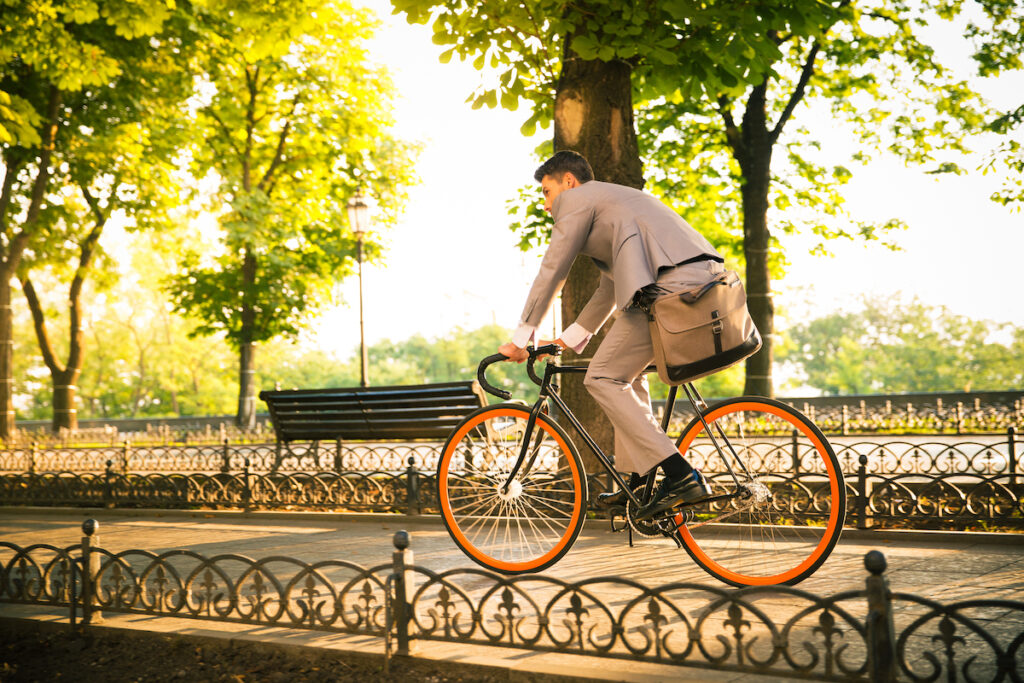 Looking at 18,000 UK commuters over a period of 18 years, this study suggests we should leave the car at home to boost our sense of well-being.

Of the 18,000 participants, 73% travelled to work by car, 13% walked, 3% cycled and 11% used public transport. To analyse levels of well-being, researchers looked at a variety of factors including sleepless nights, unhappiness and feelings of worthlessness.

After taking into account any external factors (such as income, having children and relationship changes) the results found that those who had an active commute had higher levels of well-being than those who didn’t.

To prove their point, researchers asked a small group to switch from driving to walking/cycling – and participants were found to be happier after the switch.

“Our study shows that the longer people spend commuting in cars, the worse their psychological well-being. And correspondingly, people feel better when they have a longer walk to work.”

The fact that those who used public transport were happier than drivers was surprising to Adam:

“But as buses or trains also give people time to relax, read, socialise, and there is usually an associated walk to the bus stop or railway station, it appears to cheer people up.”

We all know that physical exercise is beneficial to both our physical and mental health, so it comes as no real surprise that those who exercise on their way to work are generally happier.

How do you get to work? Try walking or cycling all or part of your commute and let us know how you feel on our Facebook page.