Research suggests couples sleeping less than an inch apart are more likely to have happy relationships. 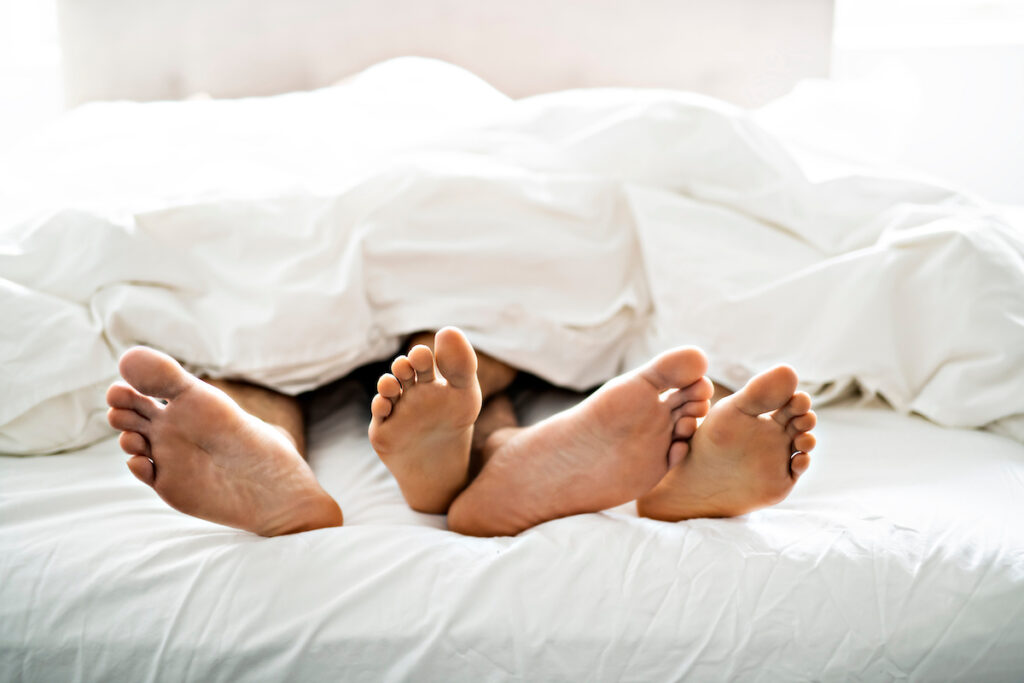 A study conducted by the Edinburgh International Science Festival has found that the distance between partners in bed at night can determine how happy their relationship is.

Results showed couples who slept less than an inch apart were more likely to be content with their relationship than those with a gap wider than 30 inches.

Furthermore, couples who made physical contact while in bed at night were found to be happier than those who made none at all.

The survey – which investigated 1000 people – also uncovered the most popular sleeping positions among the couples. Whilst 42% confessed to lying back-to-back in bed, 31% said they faced the same direction, and only 4% said they faced each other.

Professor Richard Wiseman, a psychologist of the University of Hertfordshire who led the study, said:

“One of the most important differences involved touching. 94% of couples who spent the night in contact with one another were happy with their relationship, compared to just 68% of those that didn’t touch.

“This is the first survey to examine couples’ sleeping positions, and the results allow people to gain an insight into someone’s personality and relationship by simply asking them about their favourite sleeping position.”

A range of factors are thought to contribute to the distance between couples in bed – including a partner’s snoring – but Prof Wiseman thinks more emphasis should be placed on the extent to which sleeping patterns change.

“The key issue is if you have a couple who used to sleep close together but are now drifting further apart in bed, then that could be symptomatic of them growing apart when they are awake,” he said.

“Change in a couple’s sleeping habits is the important factor.”