Success and Failure – are they really so different?

We commonly view success and failure as polar opposites, forgetting that in order to win success, we must first take a gamble and be prepared for it to fail. Failure can be hard to take. It can be soul-destroying and it can weaken passion if we let it – but in order to succeed we must learn to view failure as a detour, not a dead-end road. 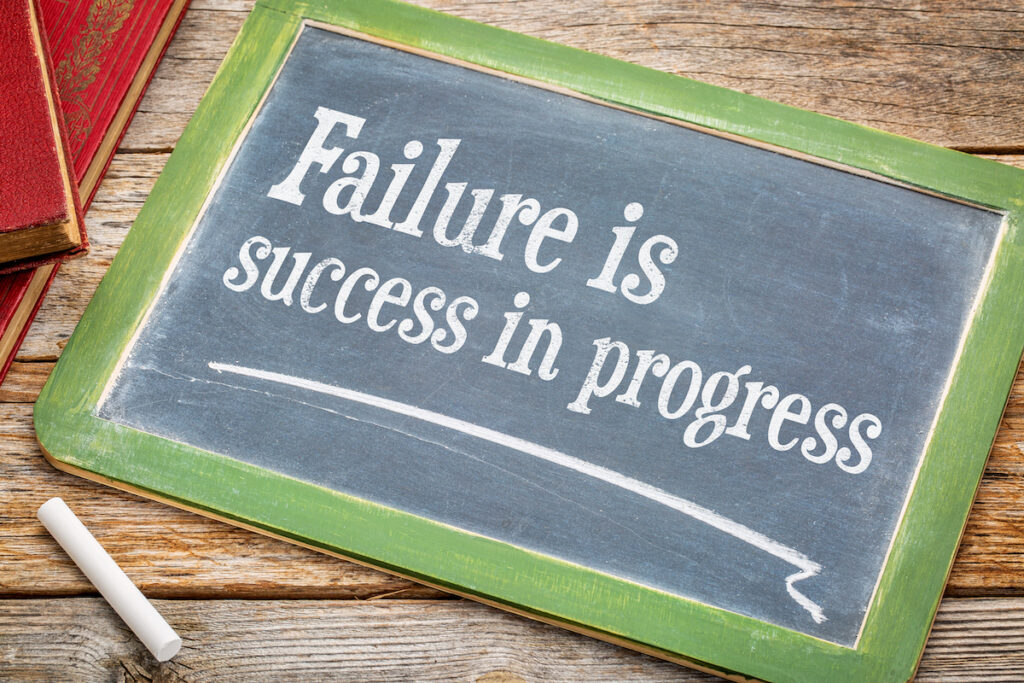 Let’s take a look at a few examples of where success has eventually prevailed after failure. J.K. Rowling for instance, one of the most successful authors of our time, contemplated suicide during her early twenties when she was struggling as a single mother trying to become a successful author.

Another failure to success story is Walt Disney, who went bankrupt during his first business endeavour before bouncing back with a stronger idea.

It might also interest you to know that Elvis Presley ‘The King of Rock ‘n’ Roll’, was advised by his manager earlier in his career to give up singing and go back to driving trucks.

J.K. Rowling, Walt Disney, Elvis and countless other successful individuals demonstrate an important lesson. The difference between them and other authors, producers and musicians is that they didn’t give up – proving that it isn’t the falling down that counts, it’s the getting back up.

Lesson one – Failure is feedback

Think of failure as life giving you feedback. Look at life as a big experiment and set your primary goal as learning as much as you can as fast as you can. This way, you will get your hands on the success formula quicker. Even though you might experience a few set backs, you’ll still get there quicker than you would have done by taking the ‘safe road’.

If there were no challenges on the road to success, we would all have what we wanted and life would be easy and where is the fun in that? If you’ve been knocked down a few times remember that great success comes from facing obstacles, not jumping out of their way – so dust yourself off and continue to fight – remembering that after darkness always comes light.

Lesson three – Mistakes are there to learn from

A ‘mistake’, for want of a better word – should not be viewed as something that went terribly wrong, but instead as a learning opportunity which moves us closer to success.

If you are struggling to muster up the motivation to achieve your goals, you could benefit from additional support and advice from a life coach. To find out more, please see our personal development, confidence and motivation pages.