Air miles for walking? New incentive to get Britain on its feet

Air miles are reward points collected by people who fly frequently. Over time, they collect the points until they have enough to claim a free flight. 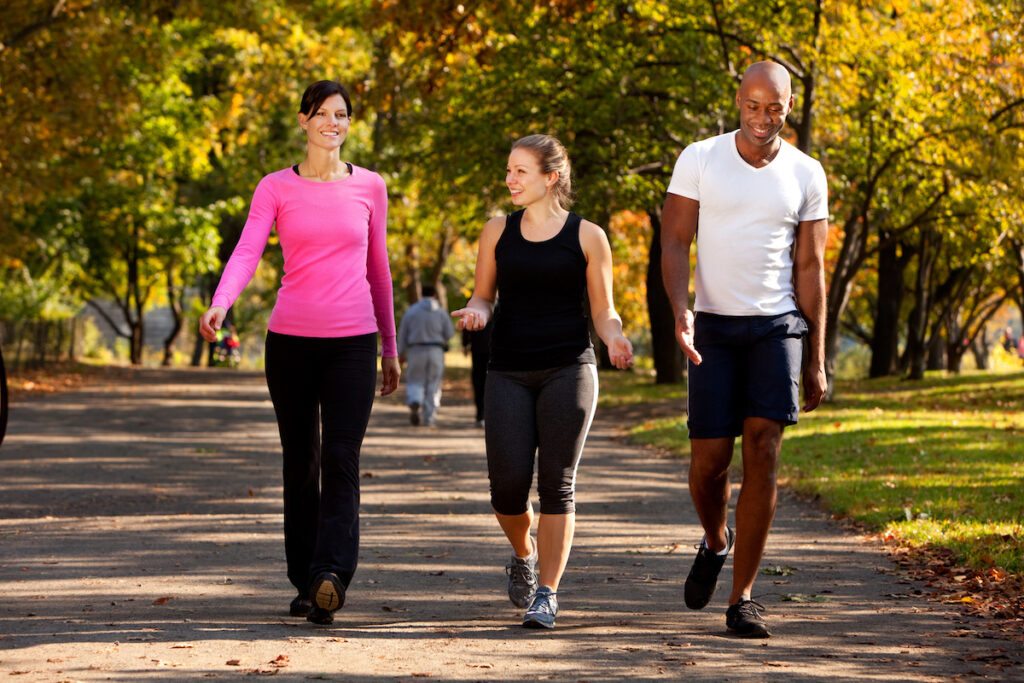 Now a public health researcher has claimed the same idea could be used to walk Britain back to health.

If current trends continue, by the year 2050, 50% of men and 60% of women in the UK will be clinically obese – the term for when a person has accumulated so much fat they’re at high risk of suffering significant health problems.

These health problems, which include diabetes and heart disease, are expected to cost the NHS over £45 billion per year.

These figures are the driving force behind new government incentives to get the people of Britain back on their feet and burning those unnecessary calories.

Unfortunately, the ‘five-a-day’ TV adverts and 2012 Olympics hype just didn’t do the job. Even NHS programmes offering obese people money to lose weight only worked in the short-term. As soon as the funding stopped, the weight crept back on.

Dr Ruth Hunter, a research fellow at Queen’s University Belfast, decided that people needed a sustainable incentive to keep active. To test her theory, she recruited a group of 400 volunteers and gave them all a ‘loyalty card’ and maps detailing possible walking routes. The loyalty card worked much like an Oyster card for London transport, and allowed the volunteers to swipe their progress at various posts along the routes.

Both groups were then able to access their swipe data from a website that allowed them to see what route they’d taken, at what speed and how many calories they’d burned.

This test scheme was funded by a group of charities and research councils who call themselves the National Prevention Research Initiative.

The scheme proved so popular with all volunteers in both groups that at the end of the three-month test period, they asked for more sensors and longer routes.

Dr Adam Oliver, a specialist on incentives in health policy at the London School of Economics, said: “Once you stop paying or rewarding people, the effect dissipates. But a website might just motivate them to stay active.”

Transport for London is now considering the possibility of using the Oyster card network to get this project going in London.

Staying active is such an important part of living a happy and healthy life. If you lack motivation, time, or the confidence to start – a life coach could help. To find out more, please visit our Health page.