Are your children getting square eyes? Then it’s time to crack down, says expert psychologist

Expert psychologist warns parents to stop their children from watching too much television or spending too long playing computer games.

After brain scans flagged differences in the brains of gamers and non-gamers, a psychologist has recommended that parents limit the amount of time that their children spend in front of TV and computer screens.

Dr Aric Sigman has called for mums and dads to “regain control”, otherwise they could be at risk of “benign neglect”.

The expert is due to speak at the Royal College of Paediatrics and Child Health’s annual conference in Glasgow, where he will argue that the amount of time the average child is spending in front of screens is at an all time high and needs to be addressed.

According to Sigmans research, children have access to an average of five screens in the home, often using more than one at once, such as using a mobile phone whilst also watching TV or between playing computer games.

This type of lifestyle that is based mainly on the sofa in front of the TV or on a chair in front of a PC is just the kind of sedentary lifestyle which could lead to problems such as Type 2 diabetes and heart disease later down the line. Sigman has also argued that the ever-increasing screen time could eventually begin to alter the way a child’s brain develops.

Speaking to the BBC about the issue, Dr Sigman said: “there are concerns that it alters the reward circuitry in the brain” which may lead to “dependence”.

“Whether children or adults are formally ‘addicted’ to screen technology or not, many of them overuse technology and have developed an unhealthy dependency on it.”

Whilst limiting access may seem a little extreme, the shadow public health minister Diana Abbott also agrees that parents need to try and cut down the amount of time their children spend in front of the television and playing on the computer.

“By 2025, nearly half of men and over a third of women will be obese, so we’ve got to start helping and empowering parents to do the right thing.” She said.

If you are a parent and you are finding it difficult to motivate your children to do anything other than sit in front of a screen then you may benefit from a session or two with a parent coach. A parent coach could help to provide you with practical ideas about how to interact with and motivate your children so that they are willing to communicate and compromise with you.

For further information about parent coaching and how it may be able to help you, visit our comprehensive fact-sheet to find out more. Alternatively, head on over to our homepage and use the search tool to locate a qualified parent coach in your local area. 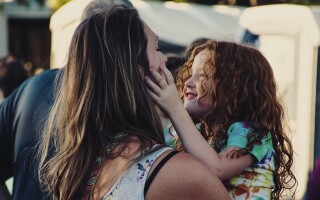