How well do married couples know each other?

Recent research has suggested that couples who have been married for decades actually know less about each other than newly-weds. 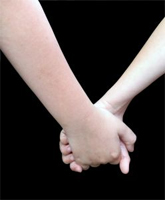 In a recent study conducted by psychologists and a team of researchers from Switzerland, Germany and the US it was revealed that couples who had been together for an average of 40 years knew less about each other than those who had been in a relationship for up to two years.

The researchers spoke to two sets of couples, one younger and one older, about their partners preferences in terms of food, film and kitchen furniture.

The researchers, who published the study in the Journal of Consumer Psychology believe the reason for this may be to do with the younger people in the study feeling more motivated to understand their partners during the early stages of a relationship and because they have more to gain from really trying to get to know their partner, whilst those in long-established relationships assume they already know everything.

The researchers commented on the fact they found that older people on average made worse predictions about their partners preferences.

”This is surprising because, compared to younger couples, older couples had much more time and opportunities to learn about each other’s preferences over the course of their relationship.” They said.

Sadly, this motivation for getting to know one another appeared to fade with the years.

If you are in a long term relationship and the above has made you think about how much you really know about your partner then make a conscious effort to learn some things about your other half that you didn’t already know. Perhaps ask them about 10 recent interests, likes and dislikes and tell them things about you they may not know, no matter how small or insignificant they may seem to you. It is the small gestures such as these that keep a relationship fresh and interesting and besides…you never know what you may find out!